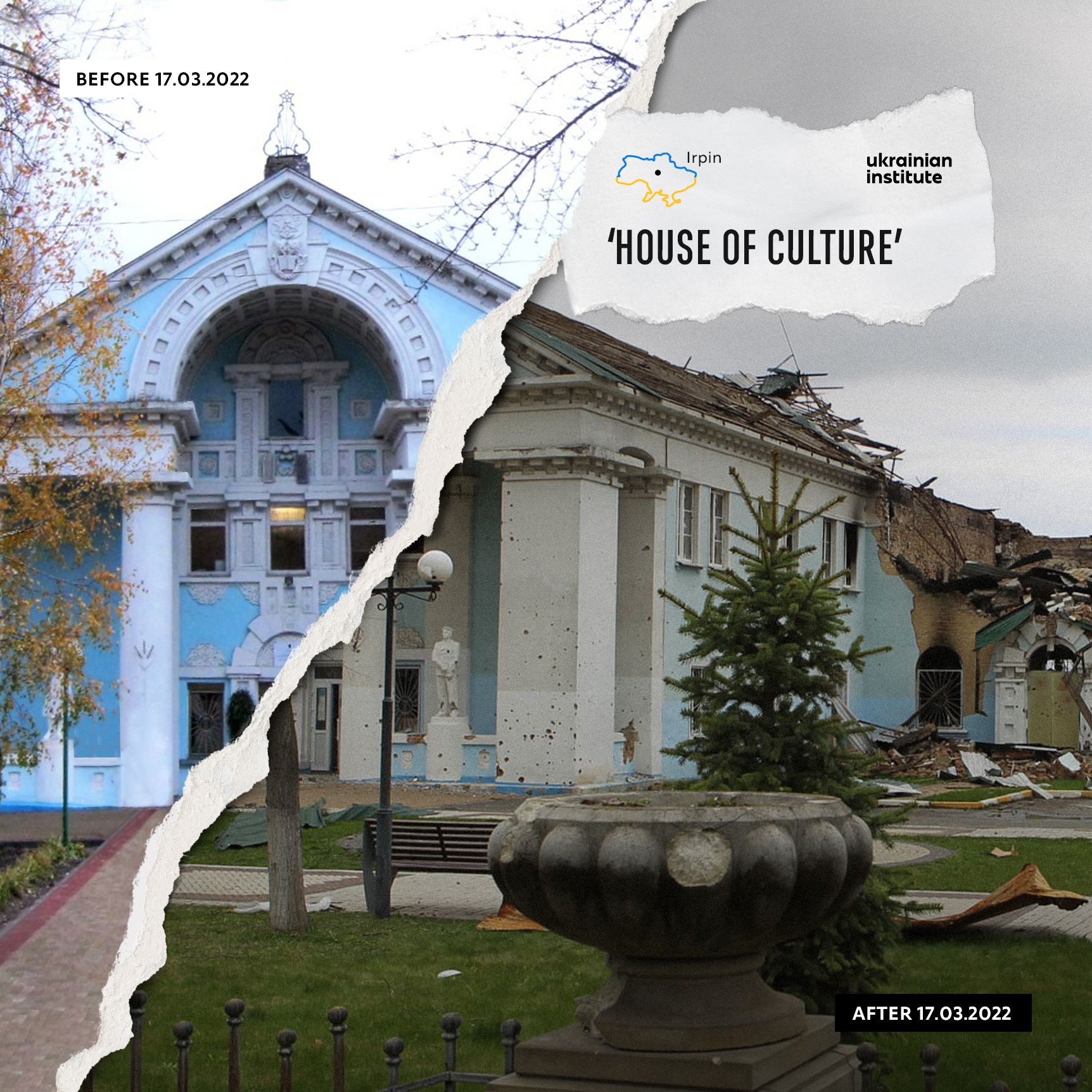 One of the first cultural institutions in Ukraine, which was built in the postwar period due to the city community’s initiative. The building was officially opened in 1954. From then until 2022, its auditorium brought together about 500 people for each event. 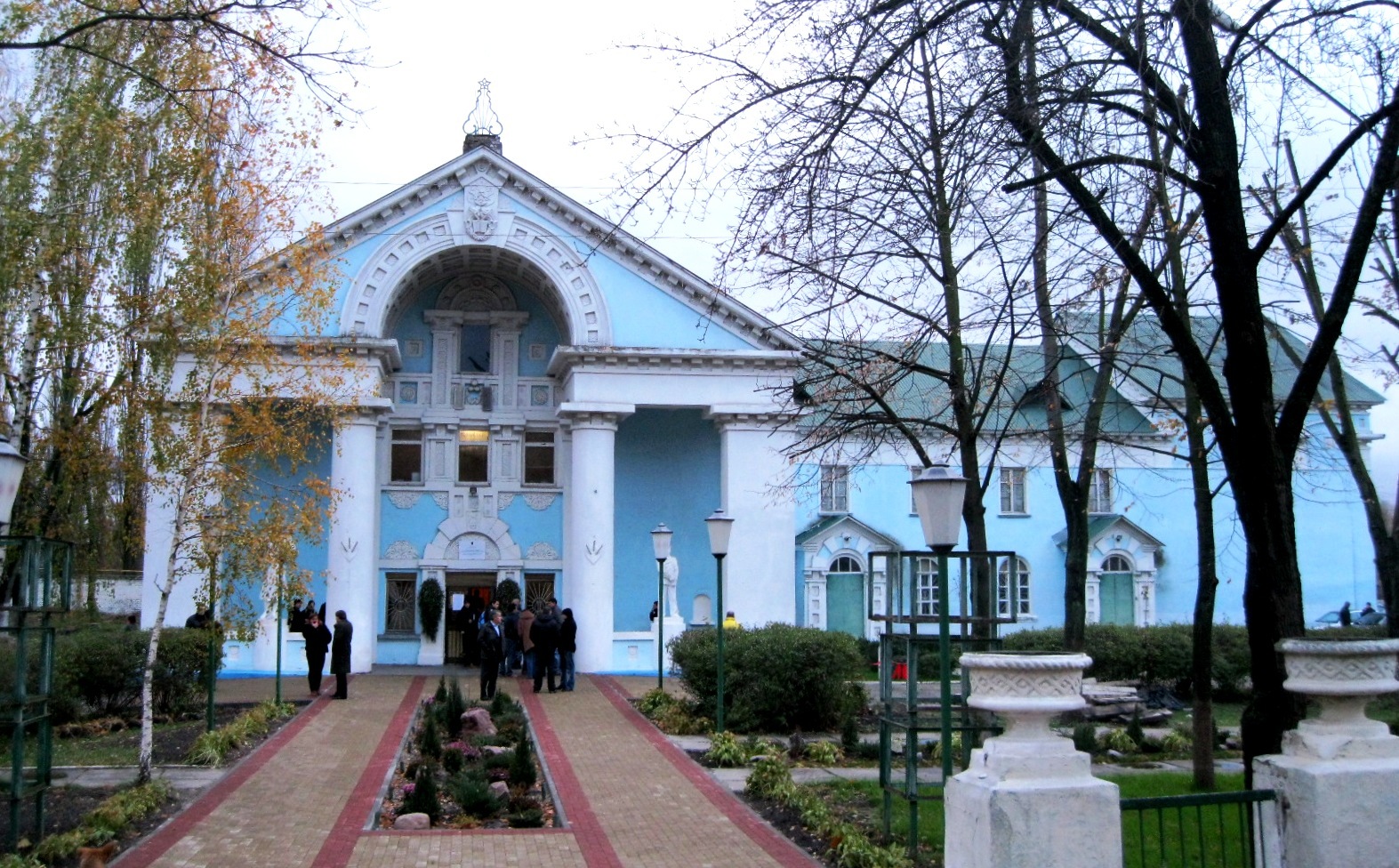 The Central House of Culture in Irpin was one of the first in Ukraine built after World War II, when the whole of Europe made great efforts for reconstruction. The city community itself initiated the construction of the building, striving to promote cultural development, which has always been the subject of pride for the locals.

The administration of the local Bucha brick and tile factory decided to build the House of Culture in the summer of 1952. The workers constructed it at their own expense for themselves and their children. In the autumn 1954, the House of Culture was officially opened: an auditorium with 484 seats, a lobby, dressing room, choreography hall, vocal and drama classrooms. During the very first year of its existence, the House of Culture united 15 children and adult amateur creative clubs. Over time, cultural and social life within its walls became even more diverse. Until recently, the House of Culture had a variety of creative studios and classes, language clubs, concerts, performances, and public events.

In the early days of the full-scale Russian military attack on Ukraine, the city of Irpin became a shield for the Ukrainian capital Kyiv and experienced the horrors of war under the Russian occupation. The House of Culture was also hit. For almost 70 years, this place united the residents of Irpin. The Russian shelling damaged its facades, interiors, and ceilings. 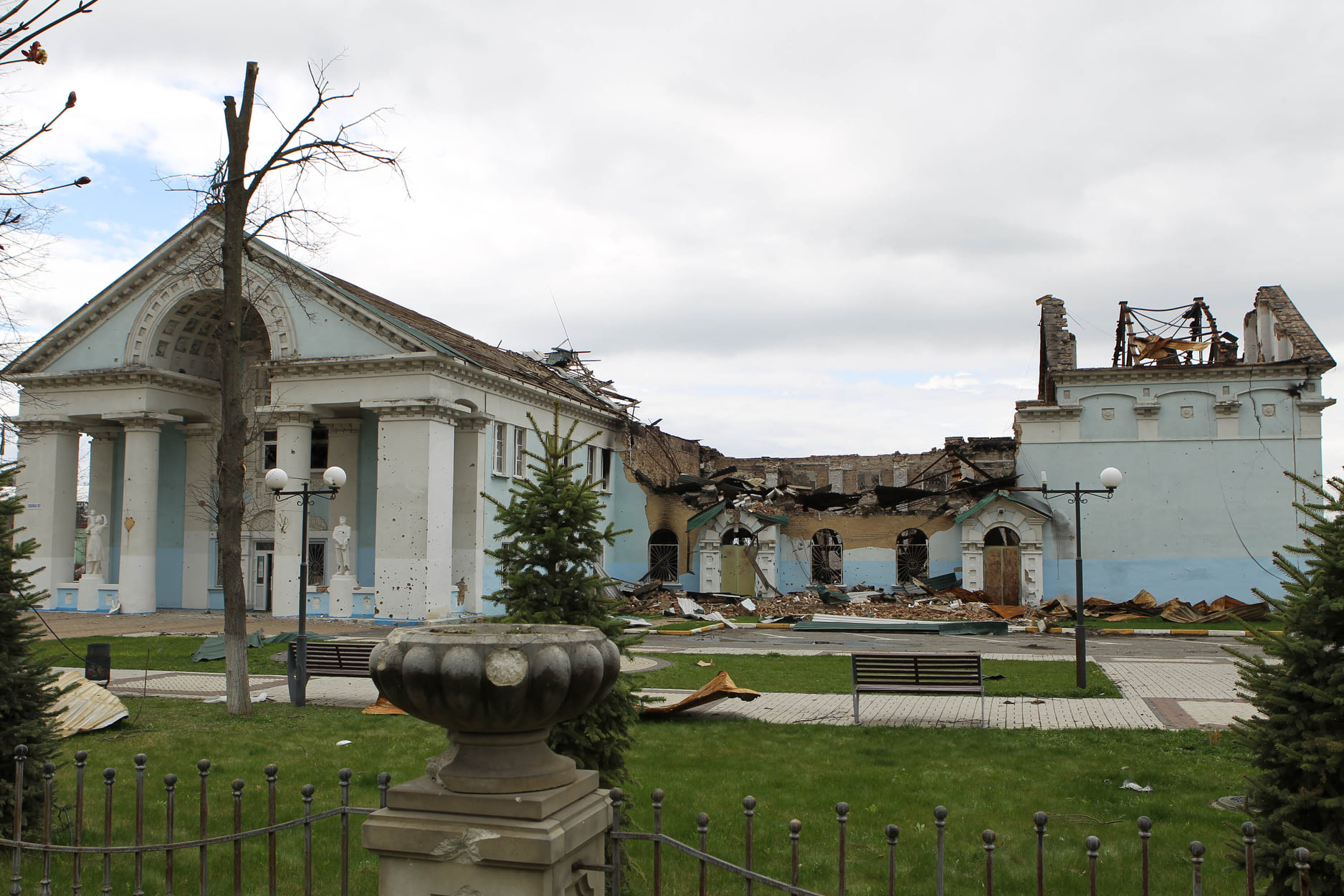 After the de-occupation, numerous representatives of the world community visited Irpin in support and solidarity: presidents, ministers and speakers of foreign parliaments, leaders and representatives of international organizations, religious leaders, and world-renowned artists, including U2 musicians and American filmmaker Cary Fukunaga. The House of Culture was not left out either. Its shelled sky-blue facade and ruined walls became important symbols of a music video for a song by the famous English singer Ed Sheeran in collaboration with the Ukrainian band ‘Antytila’. A prominent Lithuanian pianist, Darius Mažintas also performed in the open air near the House of Culture in Irpin.

The building, which used to be the heart of the city’s cultural life and stored the memory for decades, could become a memory itself. 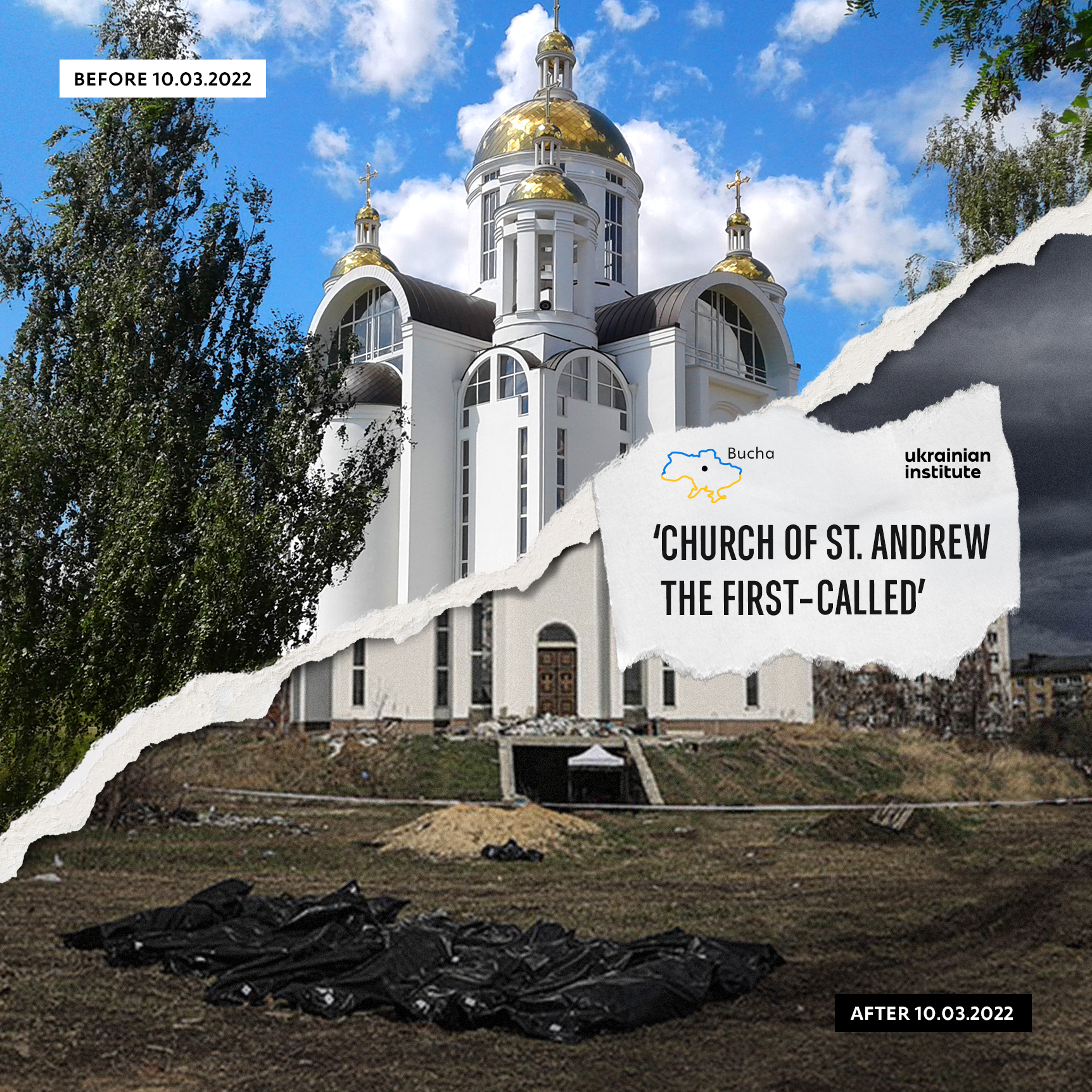 In the spring of 2022 the Church of St. Andrew the First-Called in Bucha became a mass grave for 119 people killed by the Russian military during the occupation. 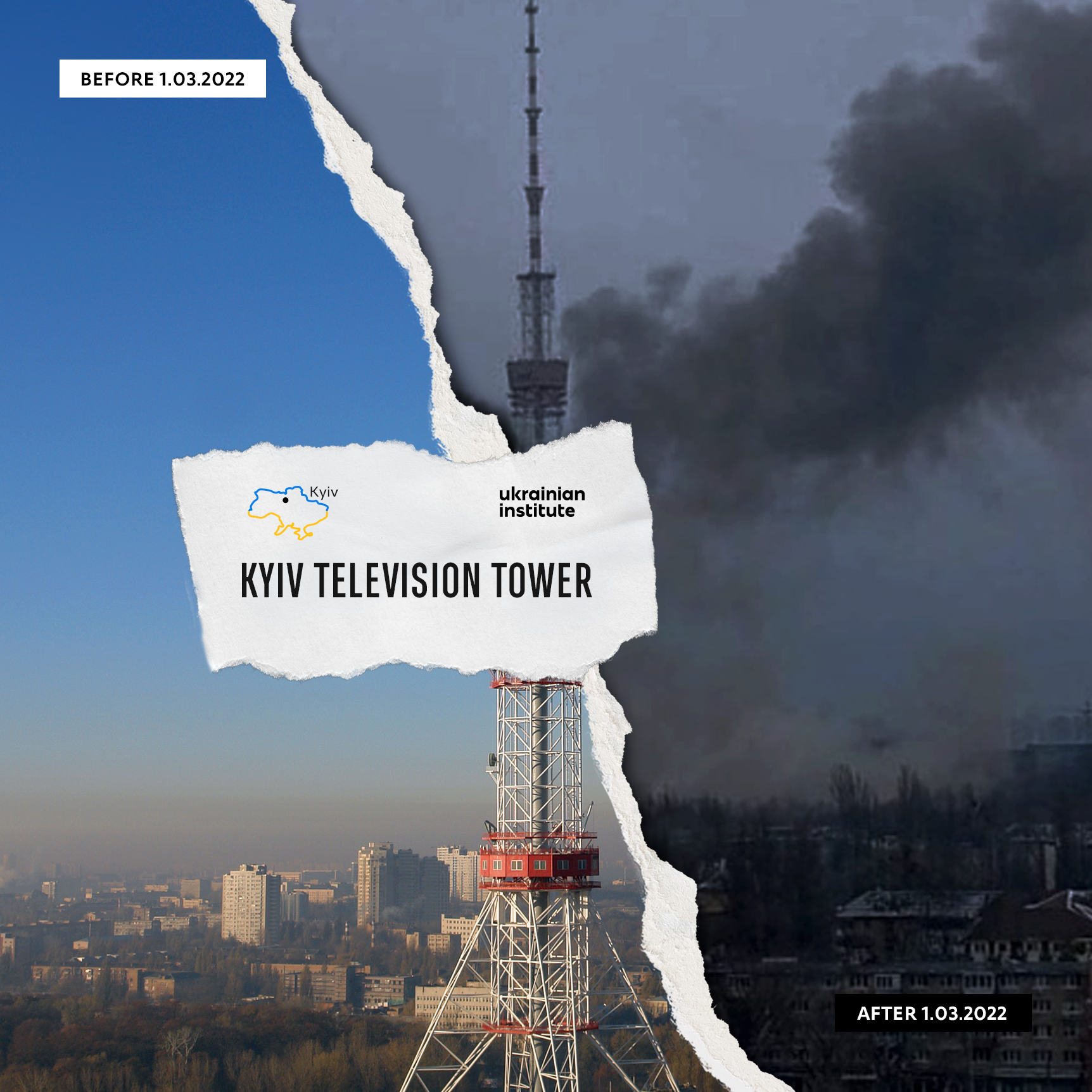 It is the tallest construction in Ukraine and the second tallest tower in Europe. 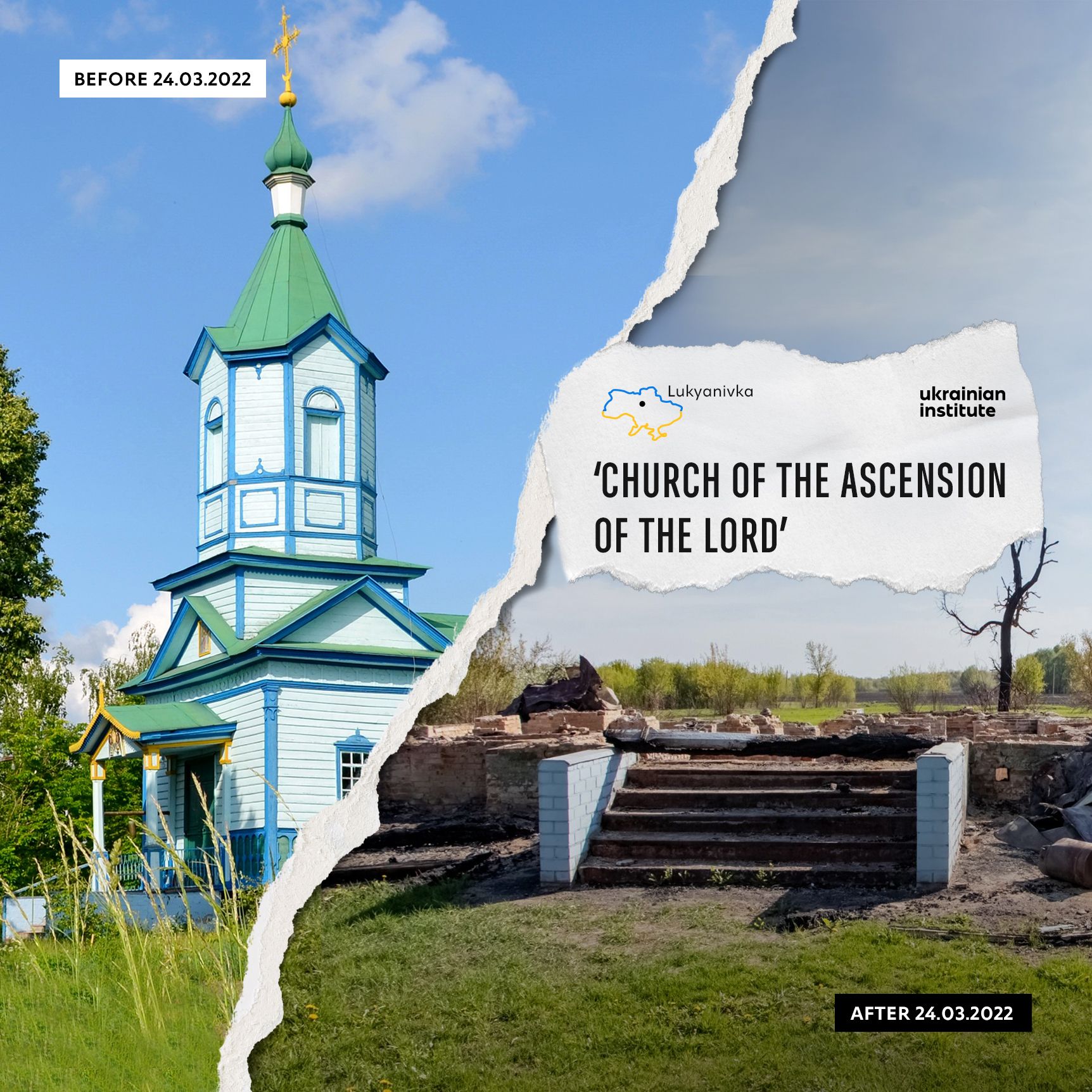 Lukianivka village, Kyiv region Church of the Ascension of the Lord

A rare monument of Ukrainian wooden architecture built in 1879. 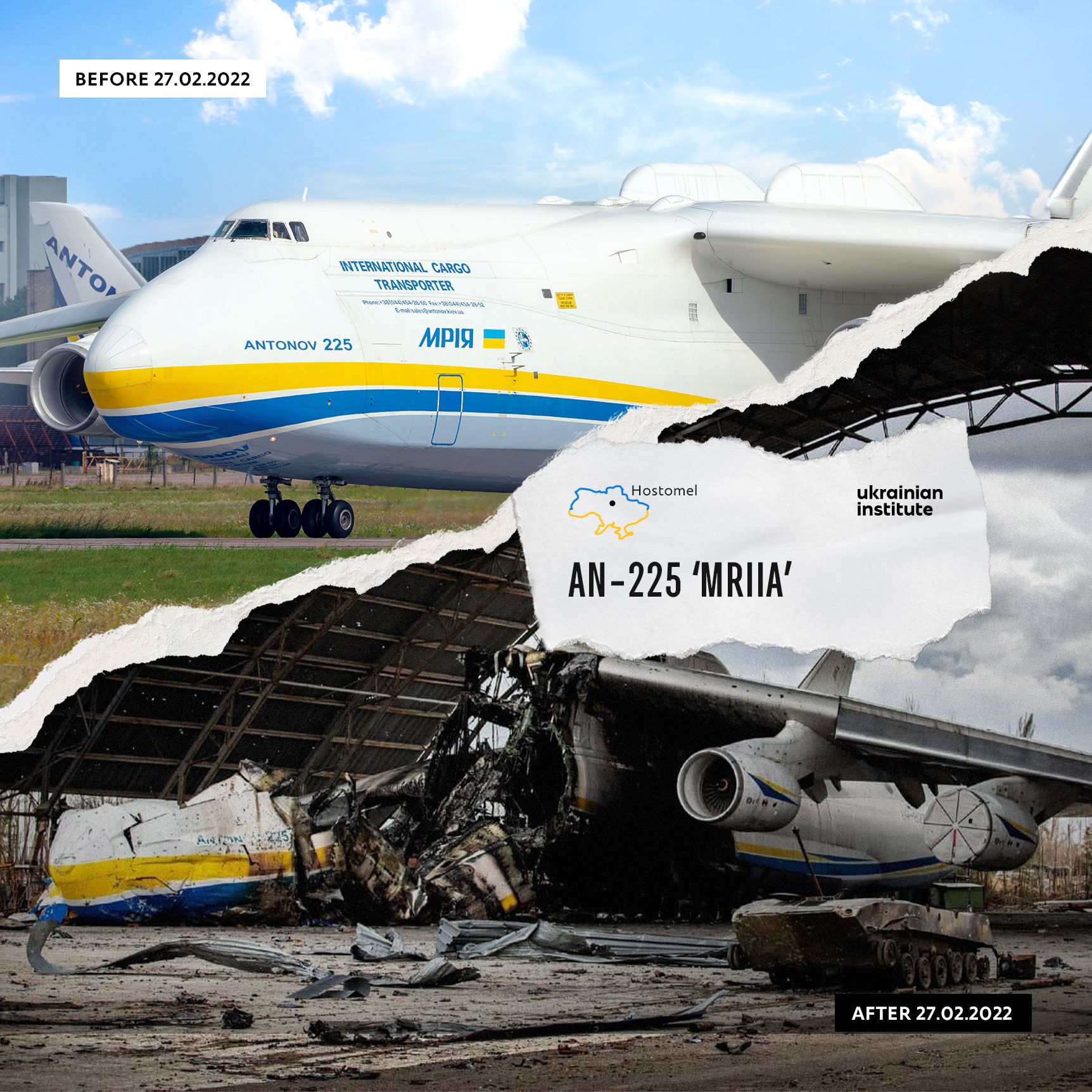 The biggest transport aircraft in the world, constructed by Antonov State Enterprise in Kyiv. 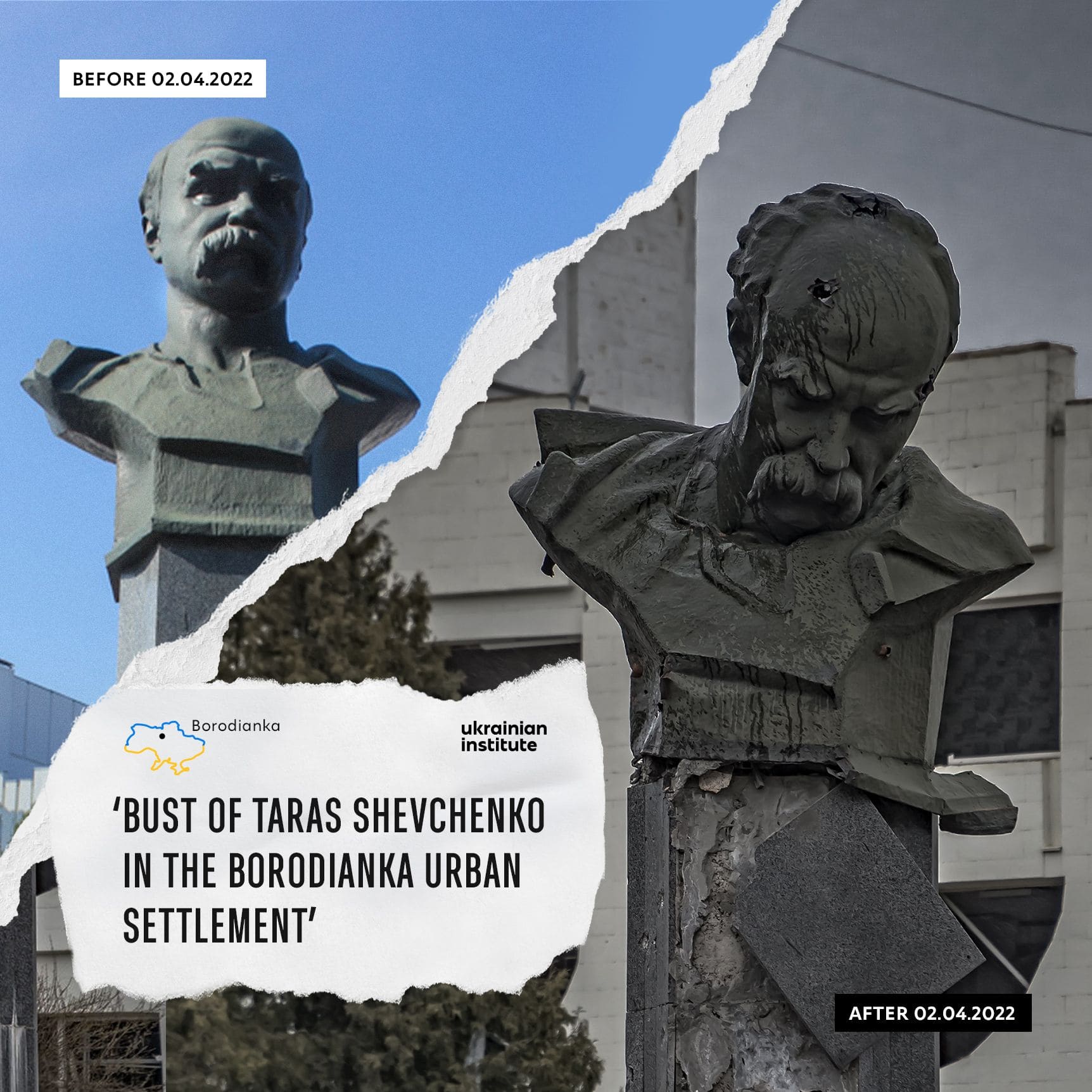 A monument to the classic of Ukrainian literature. 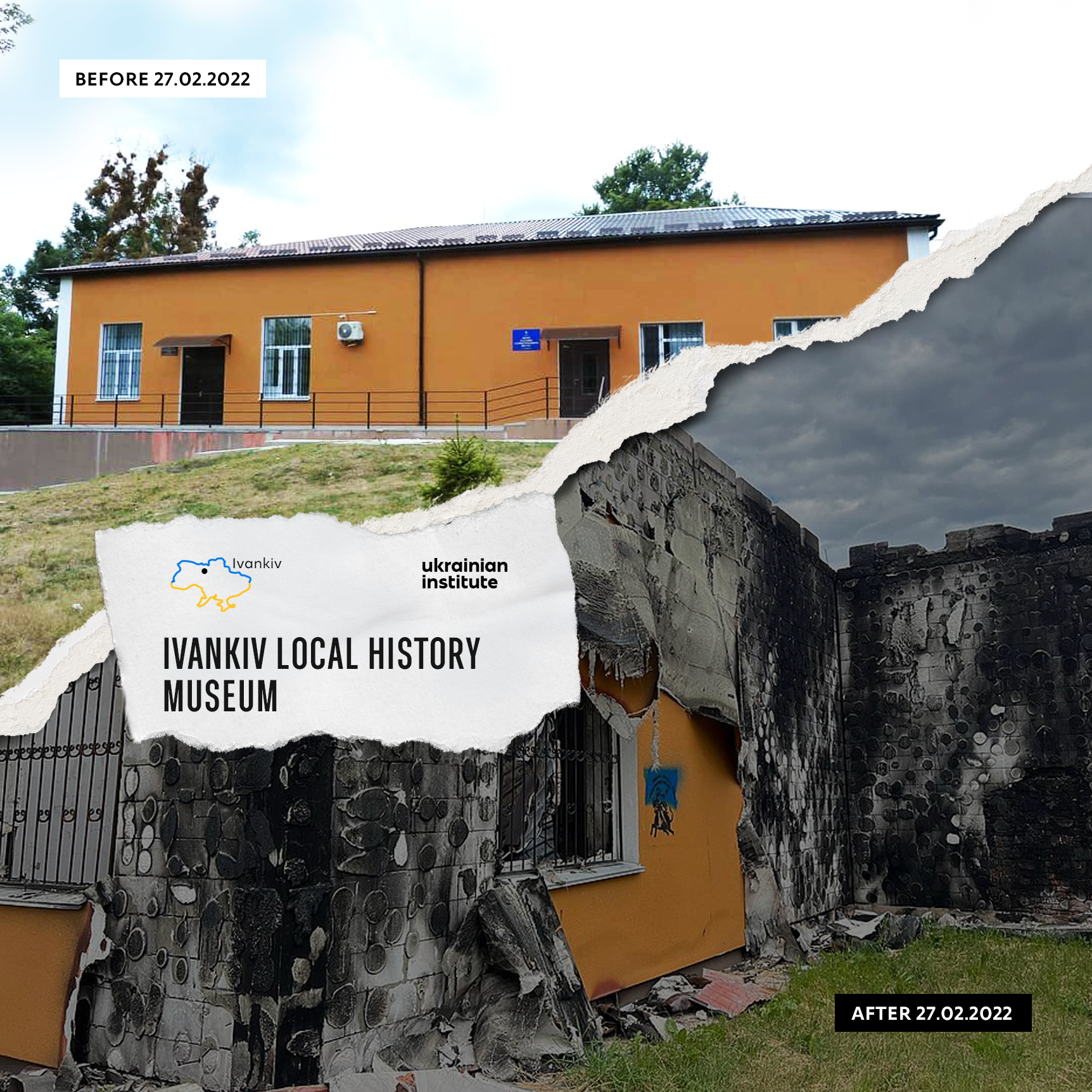 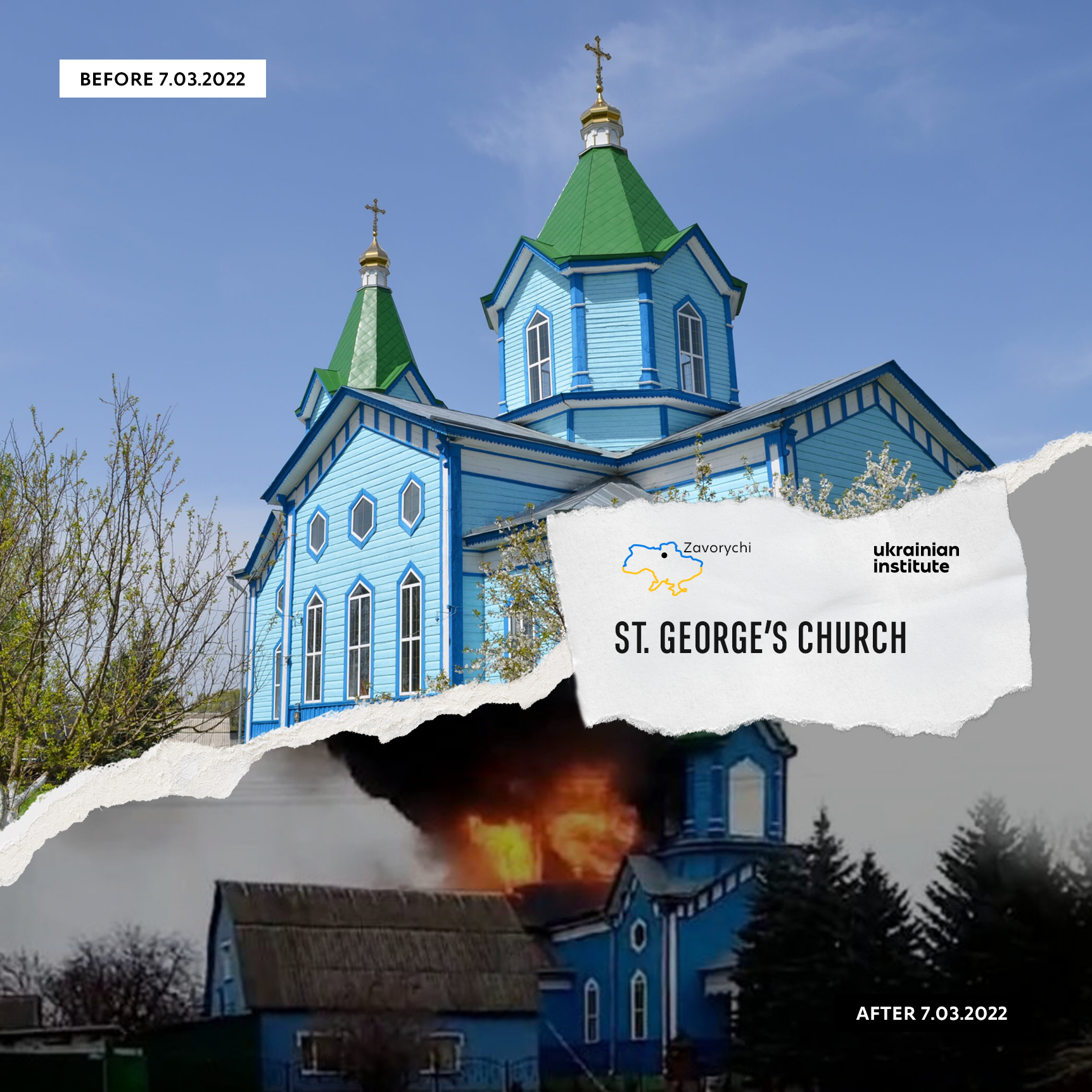 A single-domed wooden church built in 1873. 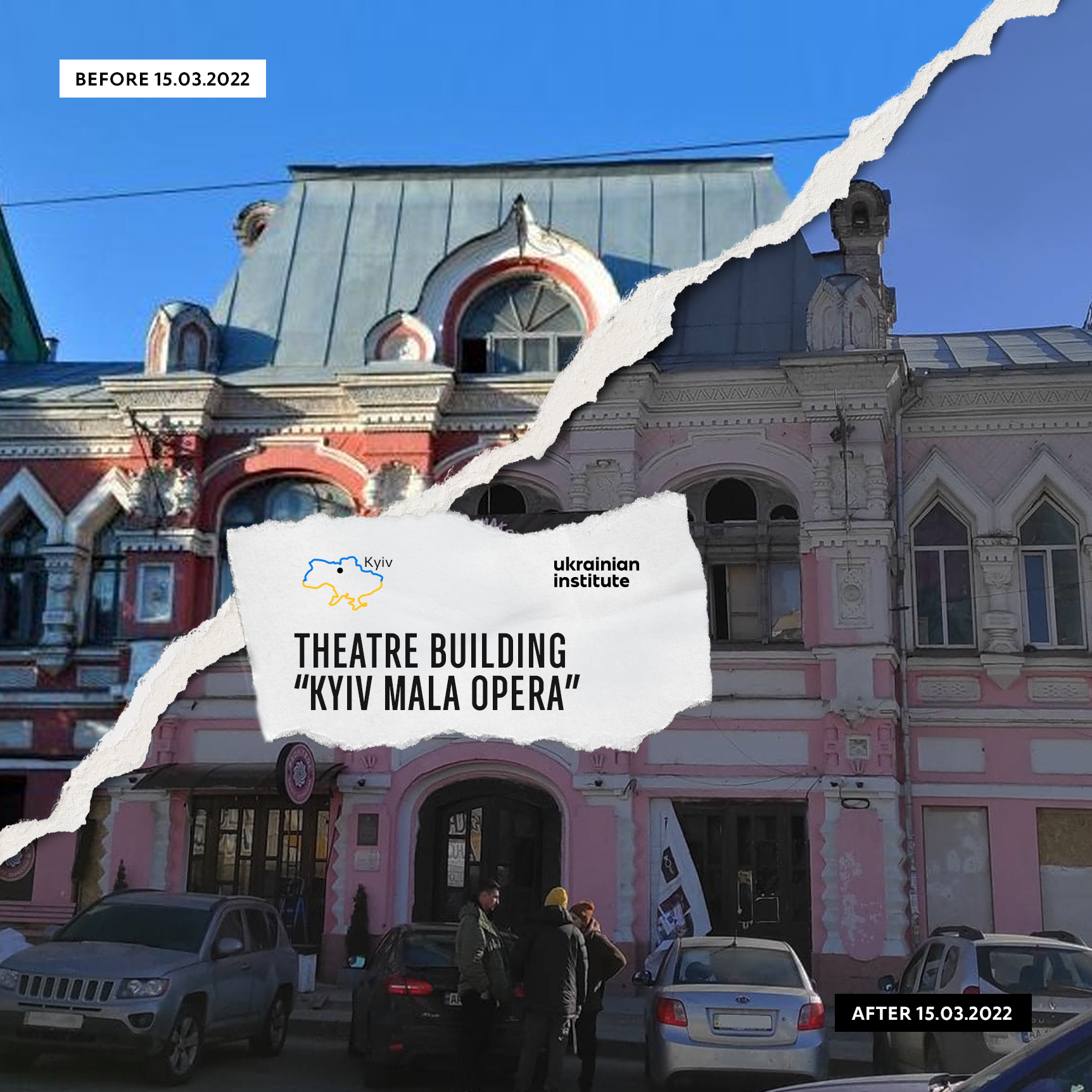