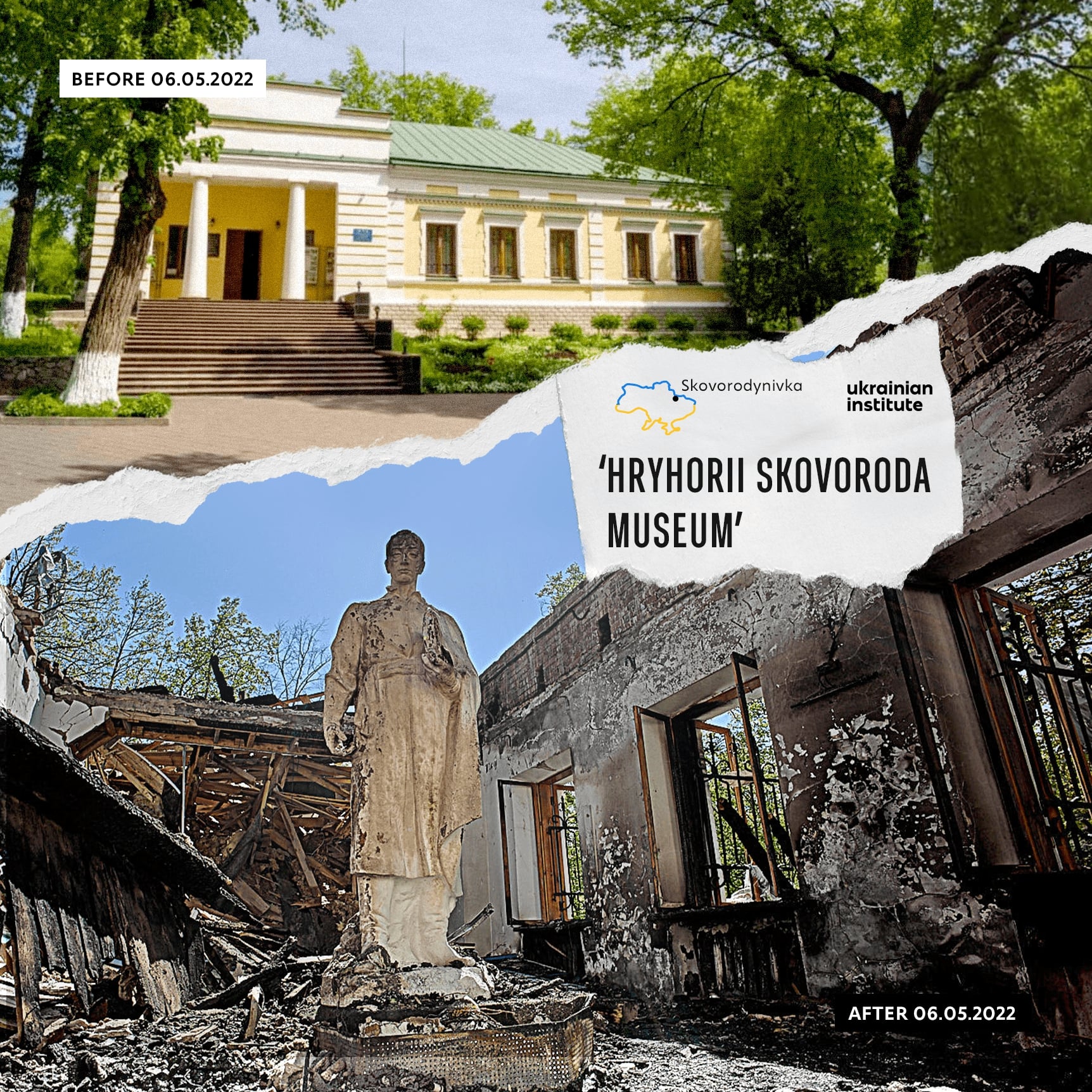 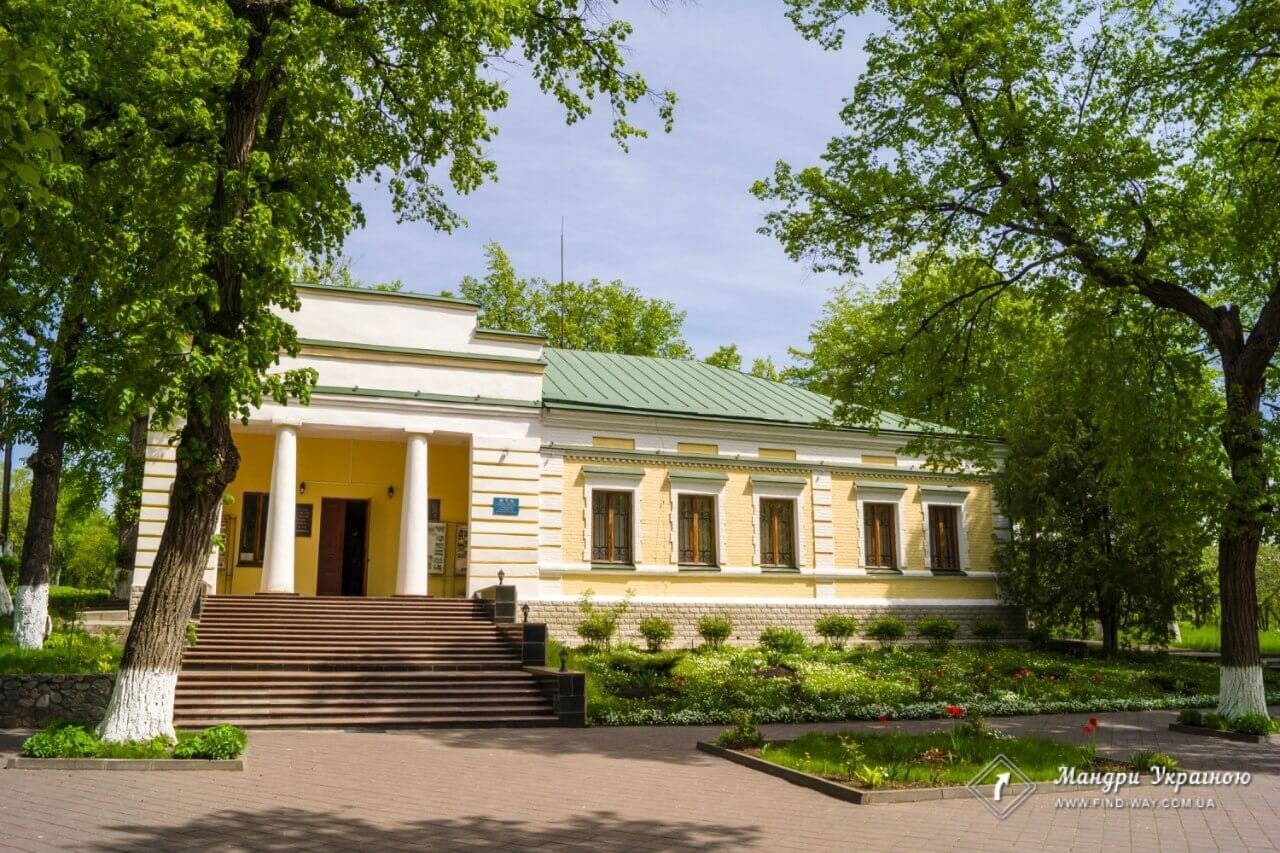 Ukrainian philosopher, theologian, and poet Hryhorii Skovoroda influenced not only his contemporaries but  many generations of Ukrainians as well. He did this through his teaching and own lifestyle, his words always matching his deeds.

Skovoroda is a symbol of Ukrainian philosophy today. He sought answers to questions that would never lose relevance: ‘What is happiness? How to find it?’ In his works, Hryhorii Skovoroda discovered people, life, and the meaning of being, often referring to the Bible and Christian tradition. Hryhorii Skovoroda’s philosophy relies on the idea that the meaning of human existence is the spirit, thought, and heart and that heart, morality, and creative work are the foundations of an ideal society.

Skovoroda travelled a lot through Europe and had the opportunity to explore new worlds and countries, but each time he returned to Ukraine, where he lived as a recluse pilgrim and where he died, not parting with the Bible, panpipes, and his works. Although Skovoroda’s writings were not published during his lifetime due to Russian censorship, it didn’t prevent them from being spread through rewriting. 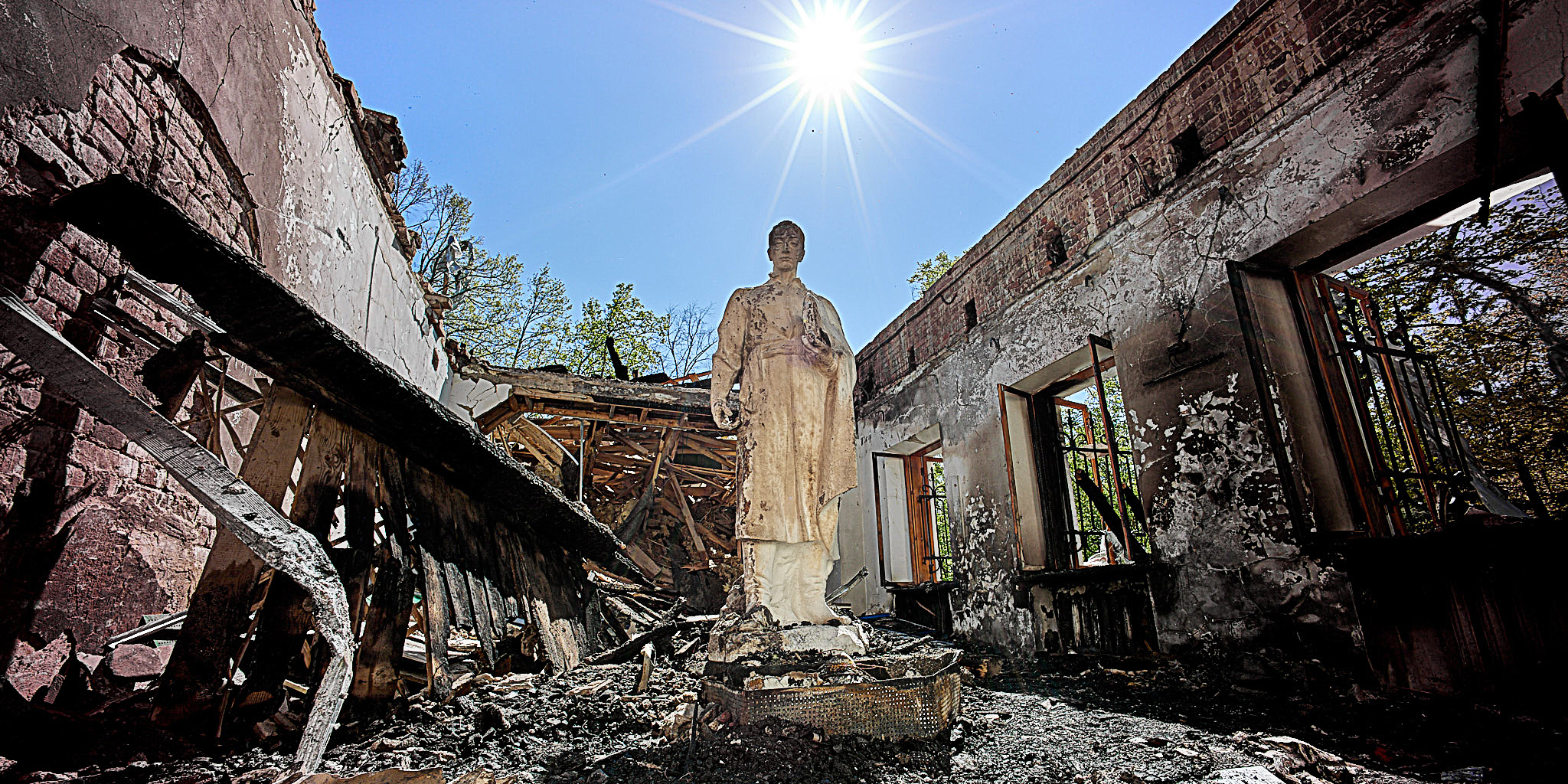 The building, which until recently housed the Literary Memorial Museum of Hryhorii Skovoroda, was built in the 18th century. The museum was founded here in 1972. Its first two rooms were dedicated to the biography and works of the thinker, and the third one — to the memory of the philosopher. The memorial room (‘quiet cell’), where Hryhorii Skovoroda lived and died, was also open to visitors.

The exhibition presented a variety of materials: publications of the philosopher’s works, scientific literature and fiction about him, his favourite books of ancient, medieval, modern philosophers and poets, ethnographic objects, paintings dedicated to him, graphics, and sculptures. Some personal belongings of the folk sage were also preserved here. The grave of the philosopher is not far from his house.

On May 7, 2022, Russian army shelled the roof of the building, and the fire engulfed the entire museum. The 18th century building, which was initially a home for guests at the manor of the Kovalivski landowners, home for Hryhorii Skovoroda and preserved the memory of his last years of life, has now become a memory itself. 190-years-old architectural monument in the classical style,  built in 1832, which used to be the manor of Kharkiv officials and became an excellent illustration of Kharkiv’s life in the 19th century. Built thanks to the cooperation of students, professors, and institute personnel of the Kharkiv Polytechnic between 1985 and 1991, the sports complex became the site for practising over 30 different kinds of sport, as well as an Olympic training base and the only sports facility in Ukraine to receive the State Award in architecture. 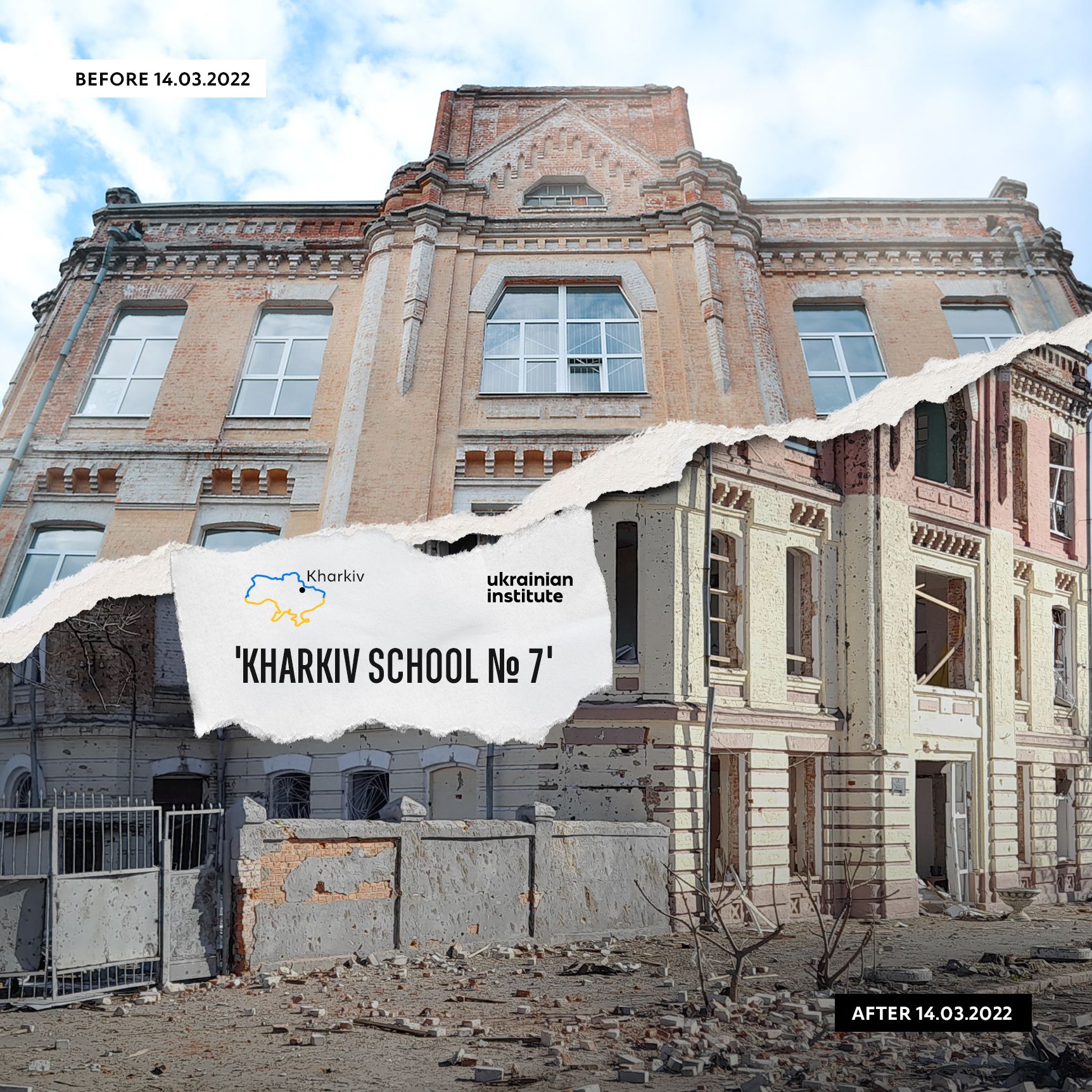 An ancient building, erected in one of the historical neighbourhoods of Kharkiv in the early 20th century. Several generations of Ukrainians have studied at this school for more than a hundred years. Kharkiv National University named after Vasyl Karazin, founded in 1804, is one of the oldest institutions of higher education not only in Ukraine, but also in Eastern Europe. 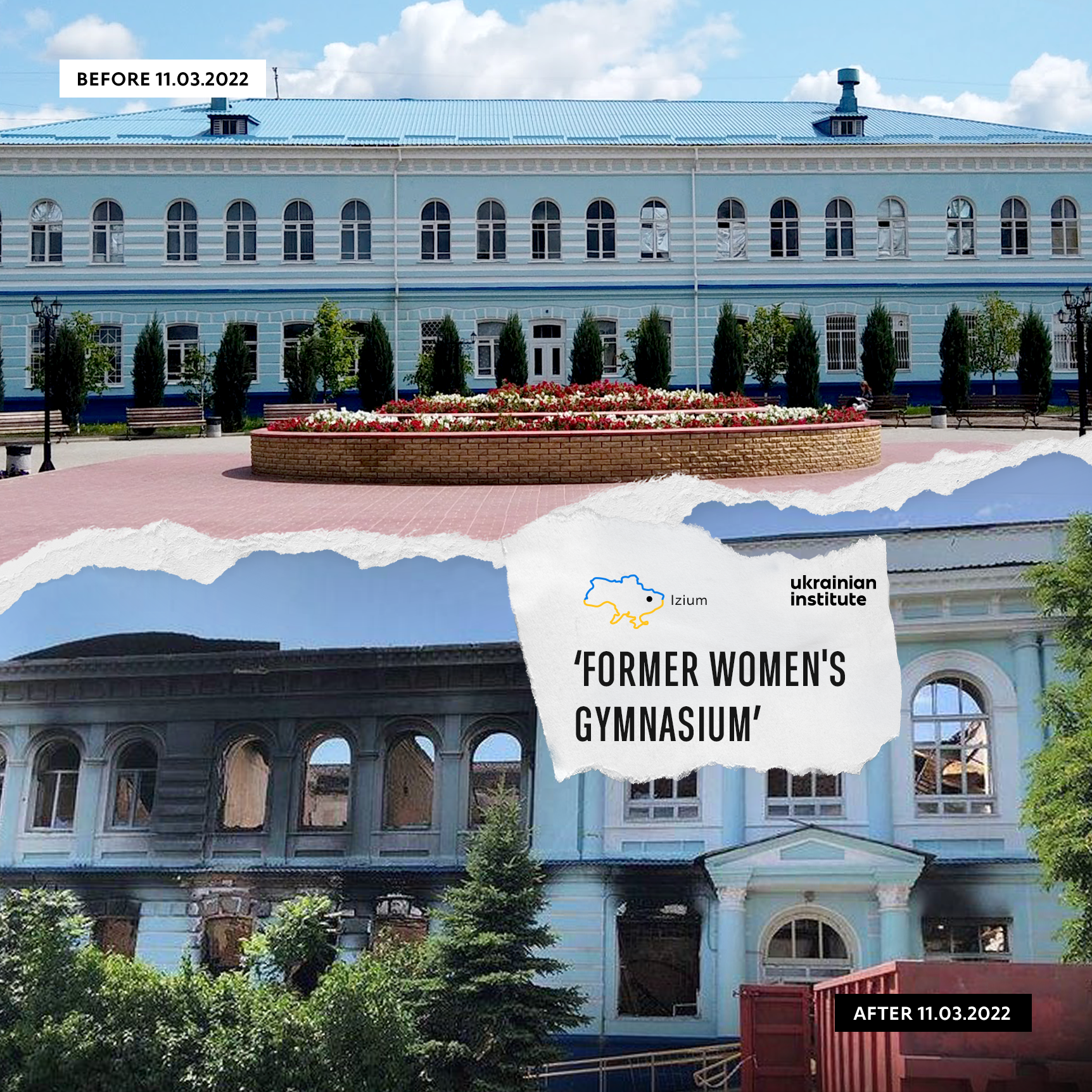 A building of the beginning of the ХХ century in eclecticism style, which housed a female gymnasium from the time of construction and until the 1920s. 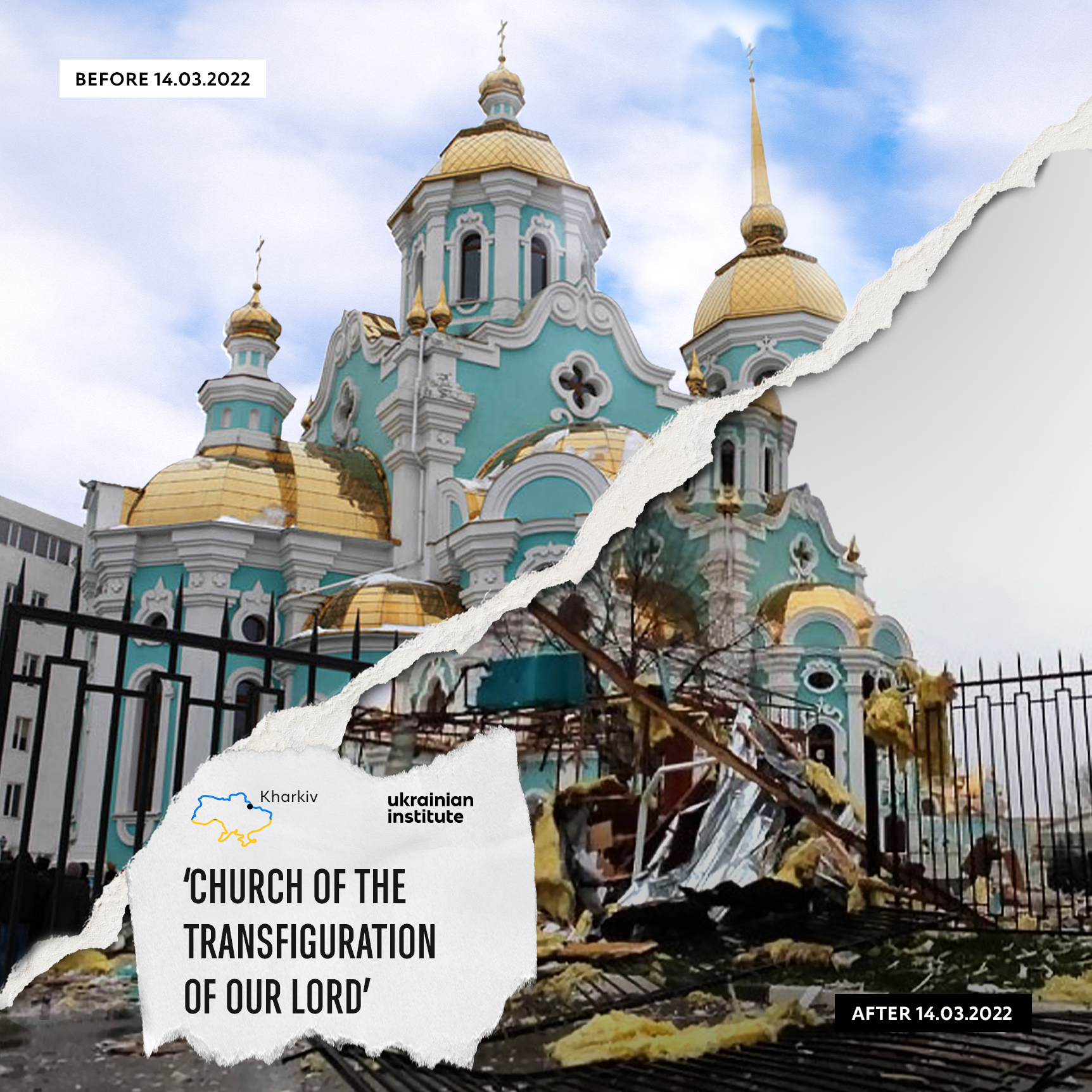 Kharkiv region Church of the Transfiguration of Our Lord

Church in the largest residential area of Kharkiv – Saltivka. The architecture of the building, built in 2013 for the Independence Day of Ukraine, resonates with Ukrainian Baroque traditions. 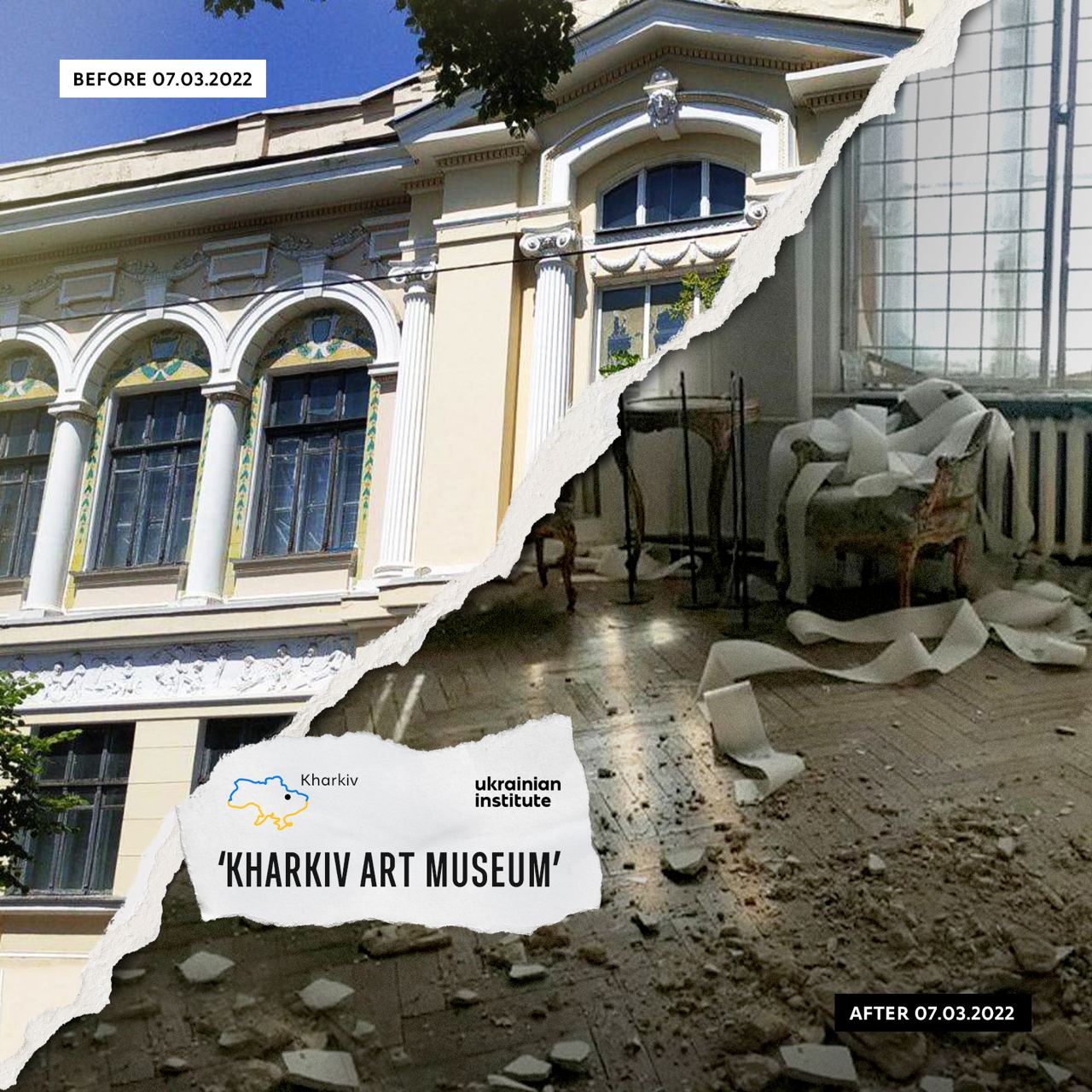 One of the largest Fine Arts museums of Ukraine. The museum’s collection is one of the oldest and most valuable artistic properties of Ukraine. 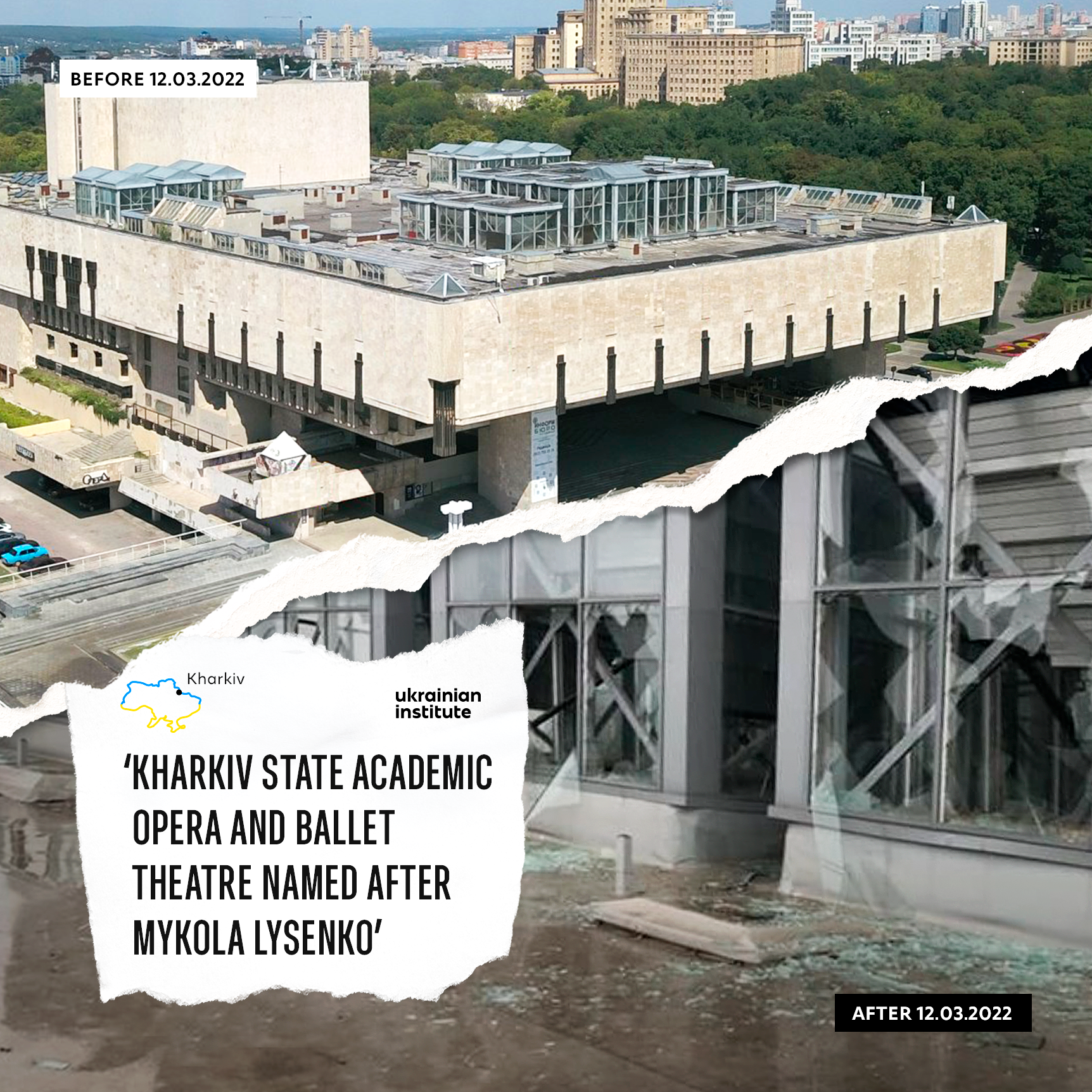 One of the oldest musical theaters and the first permanent opera house of Ukraine. Its history dates back to the end of the 18th century. The main center of ensuring the accuracy of measurements in Ukraine with more than a century of history. 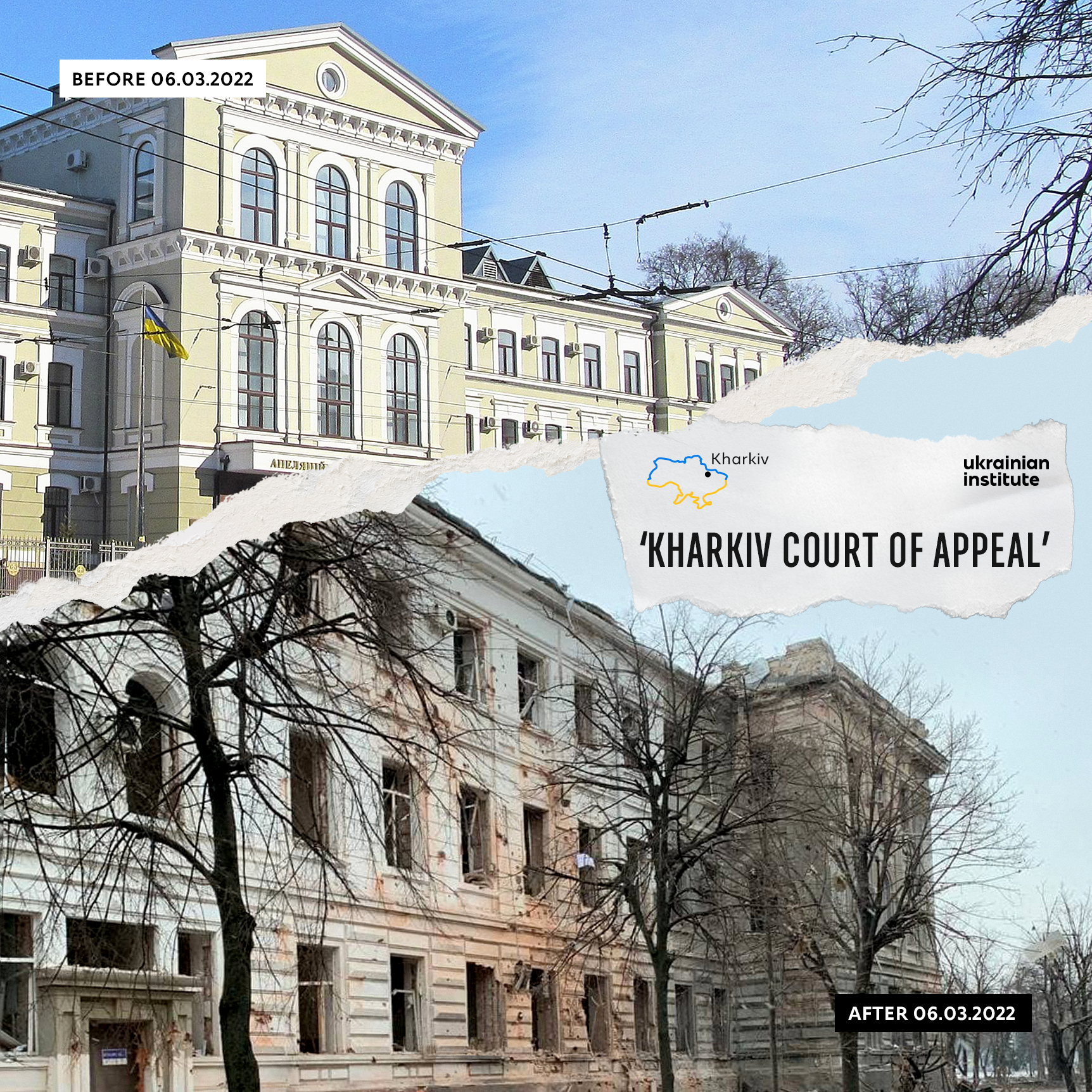 Former House of Judicial Institutions was constructed in the best Neo-Renaissance traditions. The building has the features of Italian palazzos and the exterior of the house stands out due to its sophisticated design. 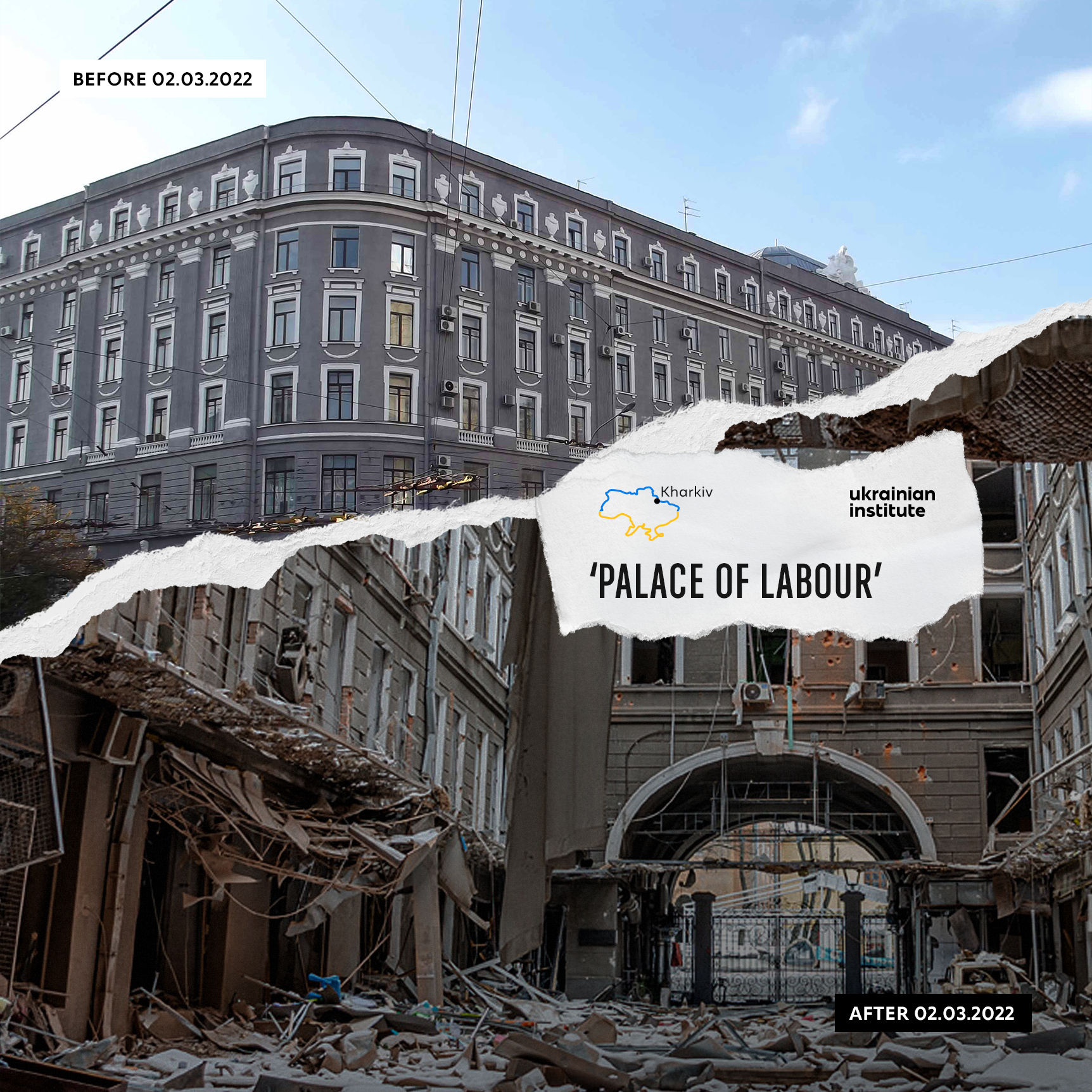 An extraordinary building of the early 20th century in the architectural ensemble of the Constitution Square in Kharkiv built in the Art Nouveau and Neoclassicism styles. The central square of Kharkiv. It ranks sixth in Europe. Here are the most important administrative institutions of the city. 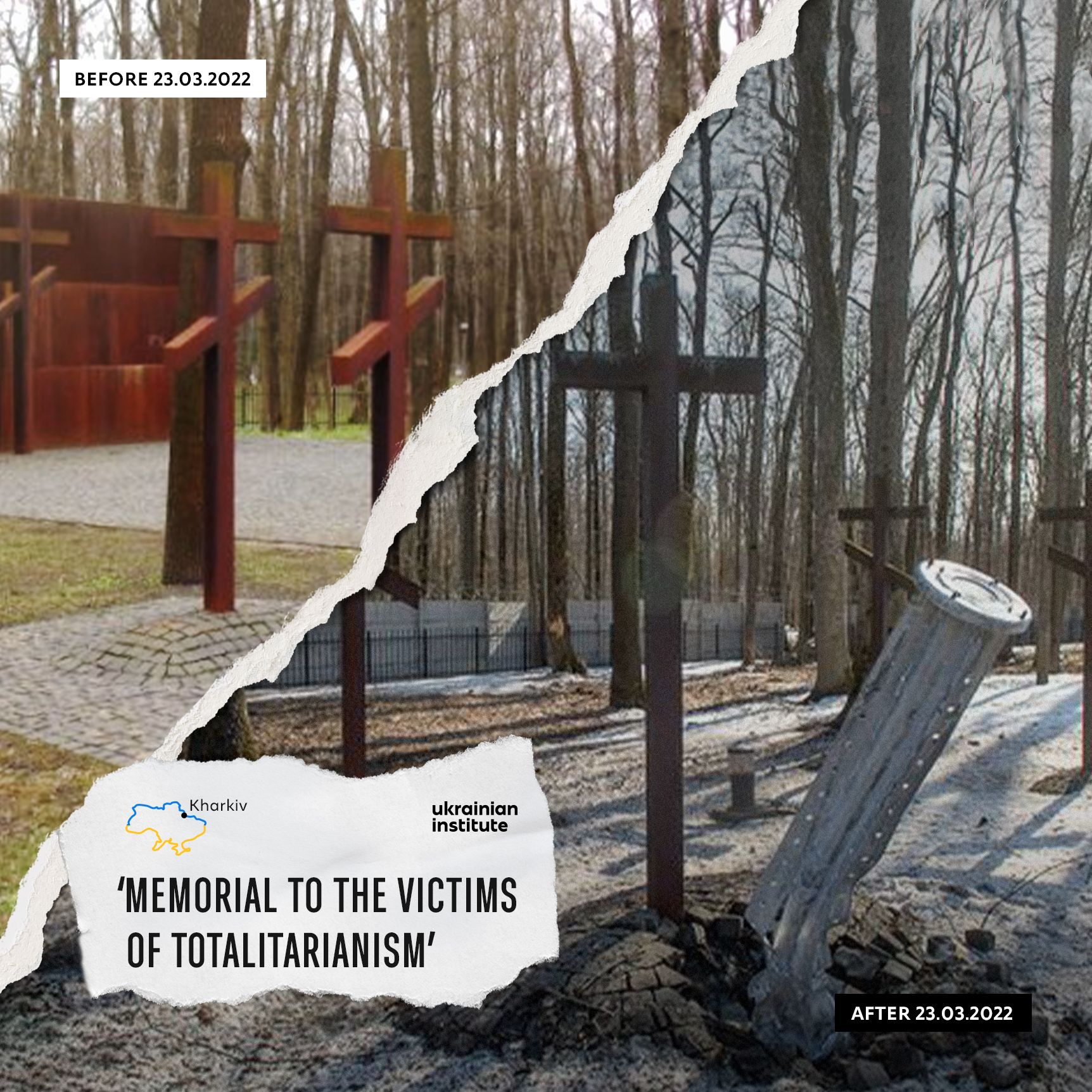 Kharkiv Memorial to the Victims of Totalitarianism

In 1940, 3809 captive Polish officers and 500 Polish civilians were shot here by order of the Soviet government. 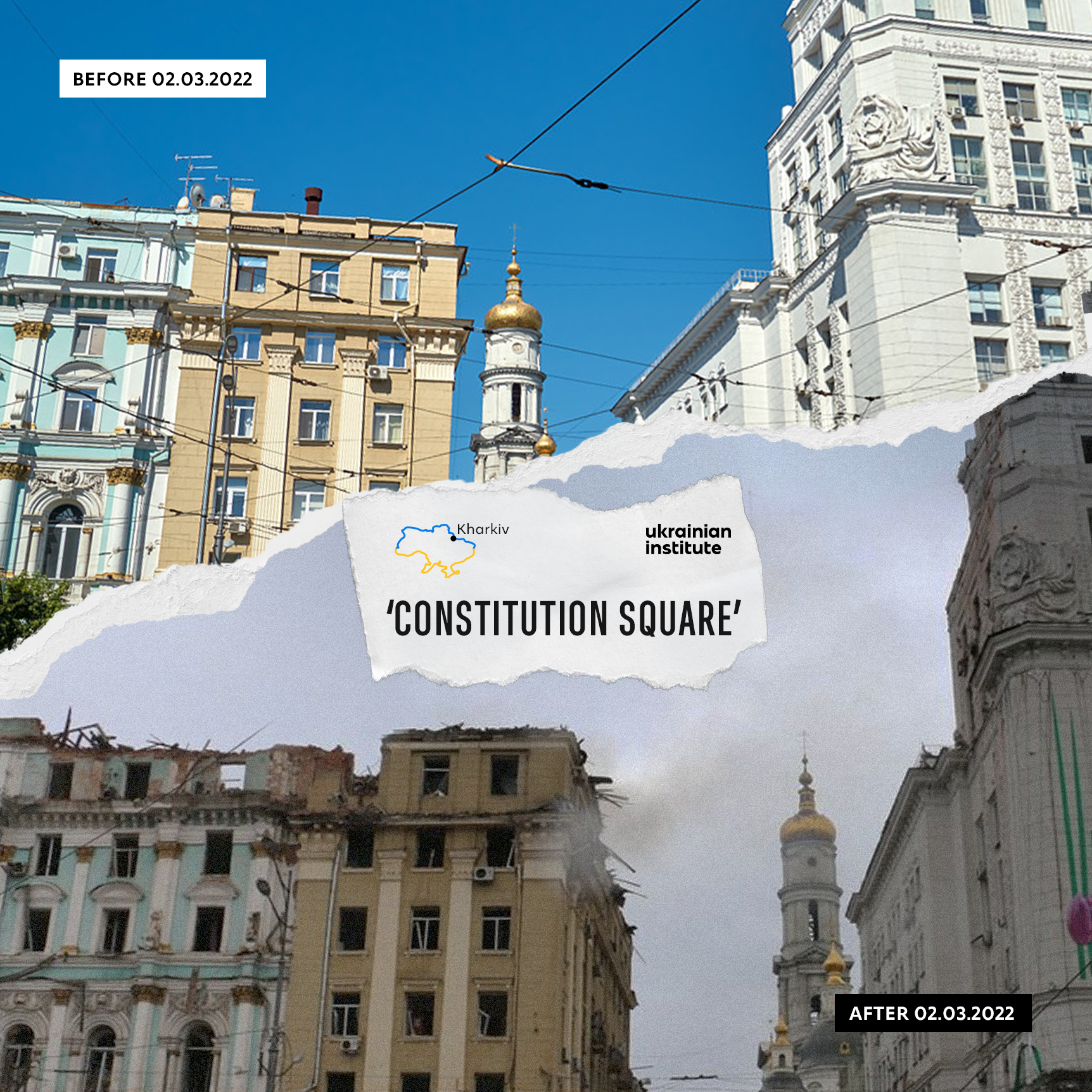 The oldest square in the city. From XVIII to early XX centuries, this place became the centre of the city culture. This house became a home for Ukrainian writers and artists in 1928. The Soviet government built it for the Ukrainian intellectuals, but soon this place turned out to be a trap. 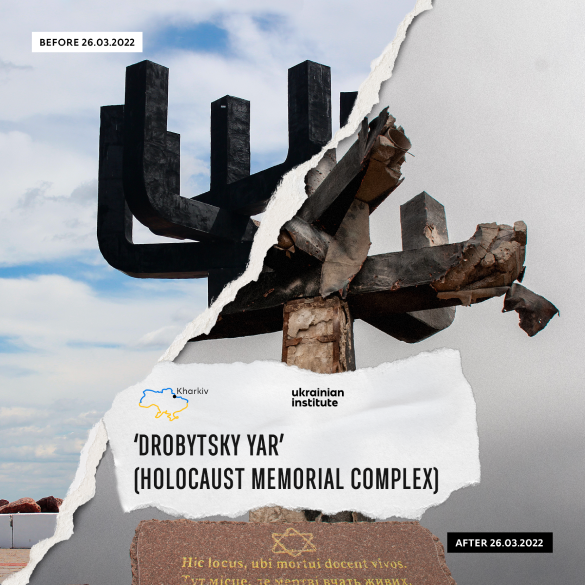 The cathedral is the oldest Orthodox church in Kharkiv and has great historical and art value. 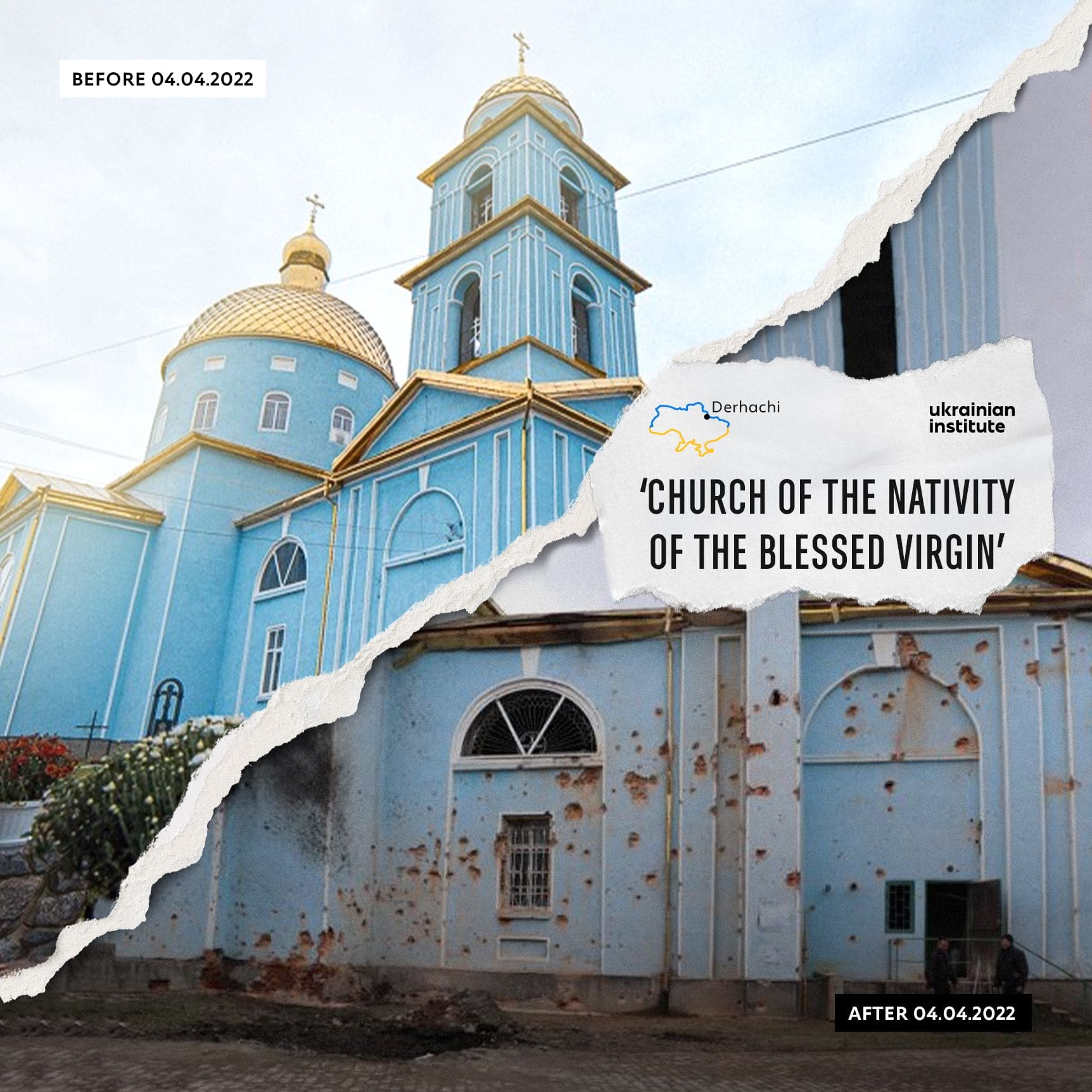 Derhachi town, Kharkiv region Church of the Nativity of the Blessed Virgin

A brick church constructed on the site of a wooden temple. The first mention of this building dates back to 1691. Architectural monument, built in 1884–1886. For more than 130 years, the building has helped save the city and its citizens from fires.