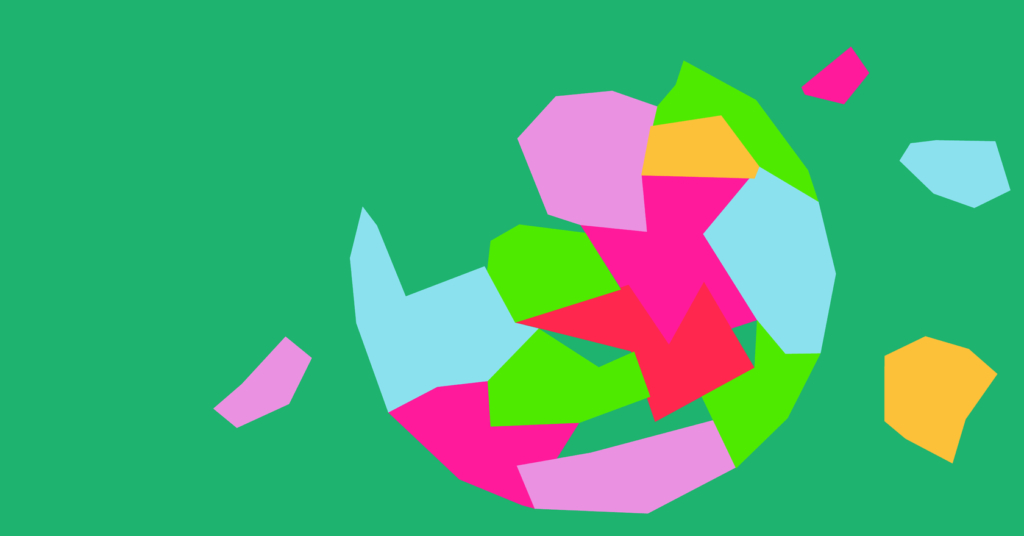 #UkraineEverywhere is the motto of the international information campaign entitled Ukraine’s Cultural Diplomacy Month. The campaign is designed to create more articles about Ukraine and its culture in Ukrainian and other languages in Wikipedia.

Ukraine’s Cultural Diplomacy Month is dedicated to famous Ukrainian artists of cinema, music, literature, architecture, design, who have made a significant contribution to world culture and about whom there are no articles in Wikipedia. As part of the campaign, volunteers create new articles in Ukrainian and foreign languages to spread factual information about Ukraine in different regions of the world. 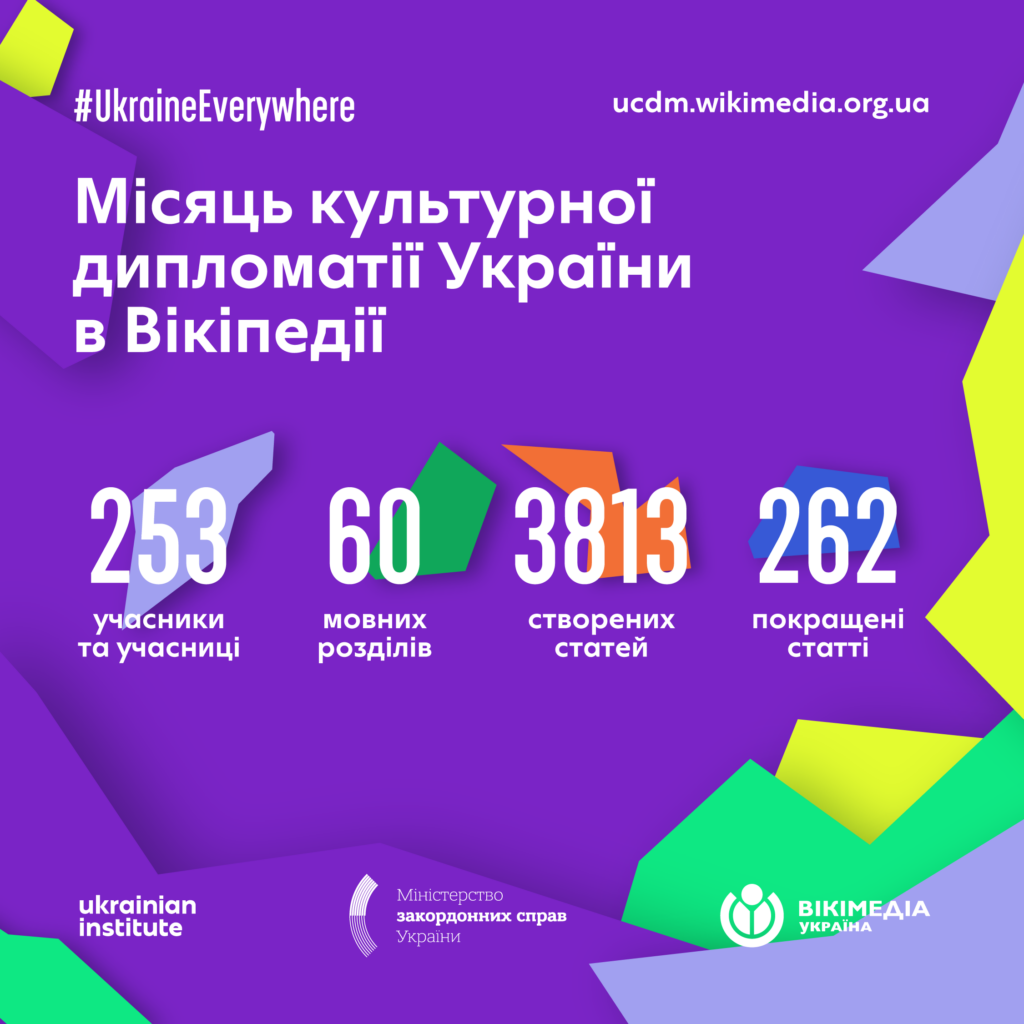 In February-March 2022, Wikipedia hosted the “Month of Cultural Diplomacy of Ukraine” for the second time. It was aimed at creating and improving articles about Ukraine and Ukrainian culture in as many languages as possible.

During the month of the campaign, 253 participants joined it. 29 of them took part in the marathon for the second time, 224 joined for the first time this year.

In total, they wrote 3,813 new articles and improved 262 existing ones in 60 different language sections of Wikipedia. That’s five times more than last year. In particular, articles about Pavlo Tychyna in Arabic, about Anna Yaroslavna in Finnish, a painting “Moonlit Night on the Dnieper” in Chinese, a dance “Hopak” in Persian, about the Ukrainian avant-garde in German, and a novel “Shadows of Forgotten Ancestors” in French.

There are also articles in unique languages in small language sections of Wikipedia. The article about Ukraine was published in Nahuatl, about Kyiv in Shilha, Ahatanhel Krymskyi in Central Bikol, Taras Shevchenko in Tagalog, and Yurii Vynnychuk in Bashkir.

As part of #UkraineEverywhere campaign 2021, 172 users created and improved articles more than 1,200 times (several users could edit one article), and created at least 817 different articles in Ukrainian and foreign languages. Participants created articles about things we are used to in new languages: for example, articles “Mnohaya lita” and “Borsch” in Malayalam (India) and an article about “Executed Renaissance” in Chinese. Actively in many languages added articles to Wikipedia about the brand of Ukraine – Ukraine NOW; famous Ukrainian films of recent years – Atlantis, Donbass; Dzyga Vertov, Sofia Yablonska. 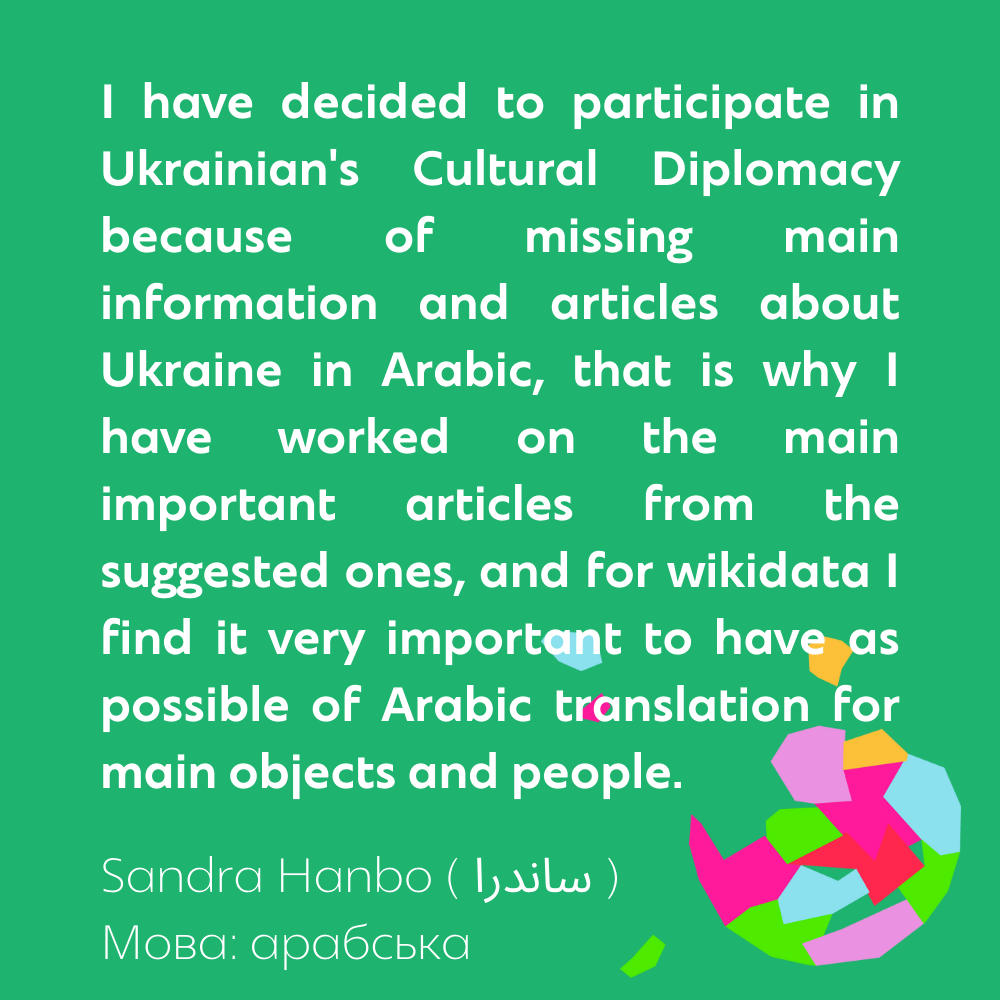 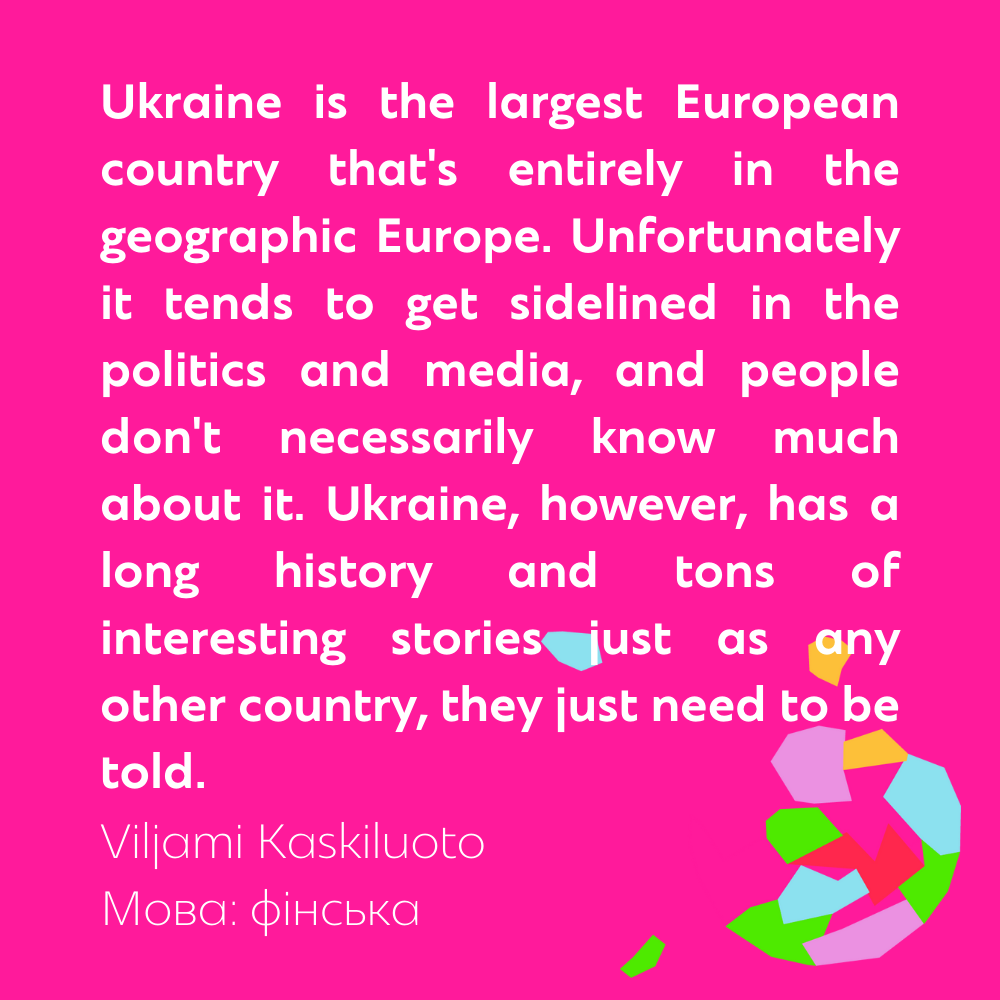 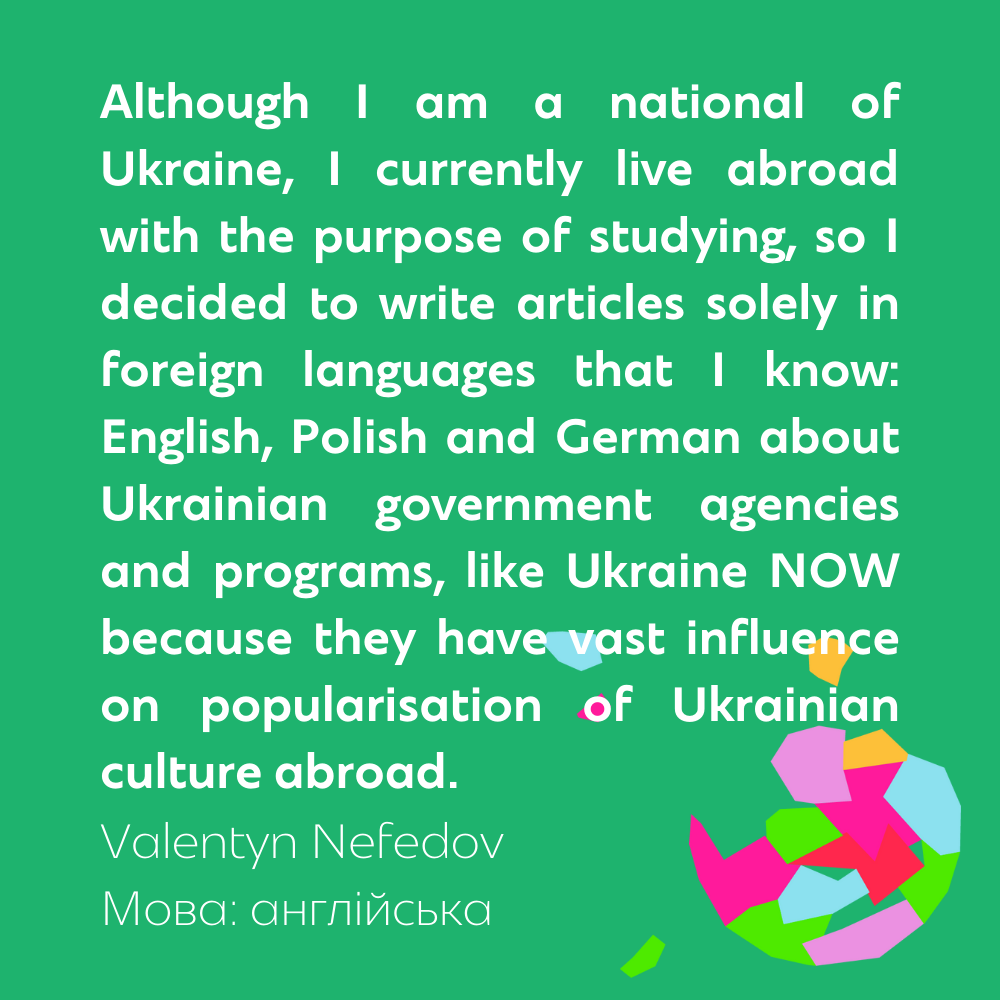 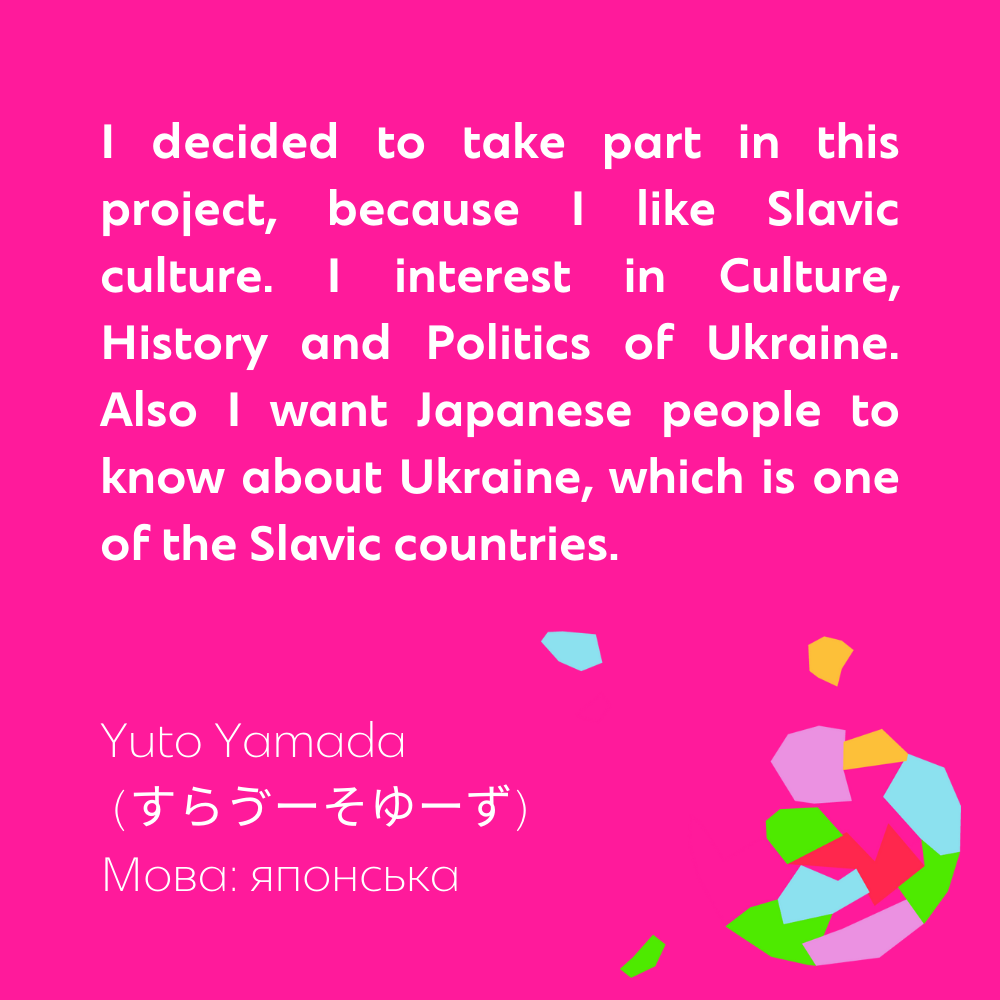 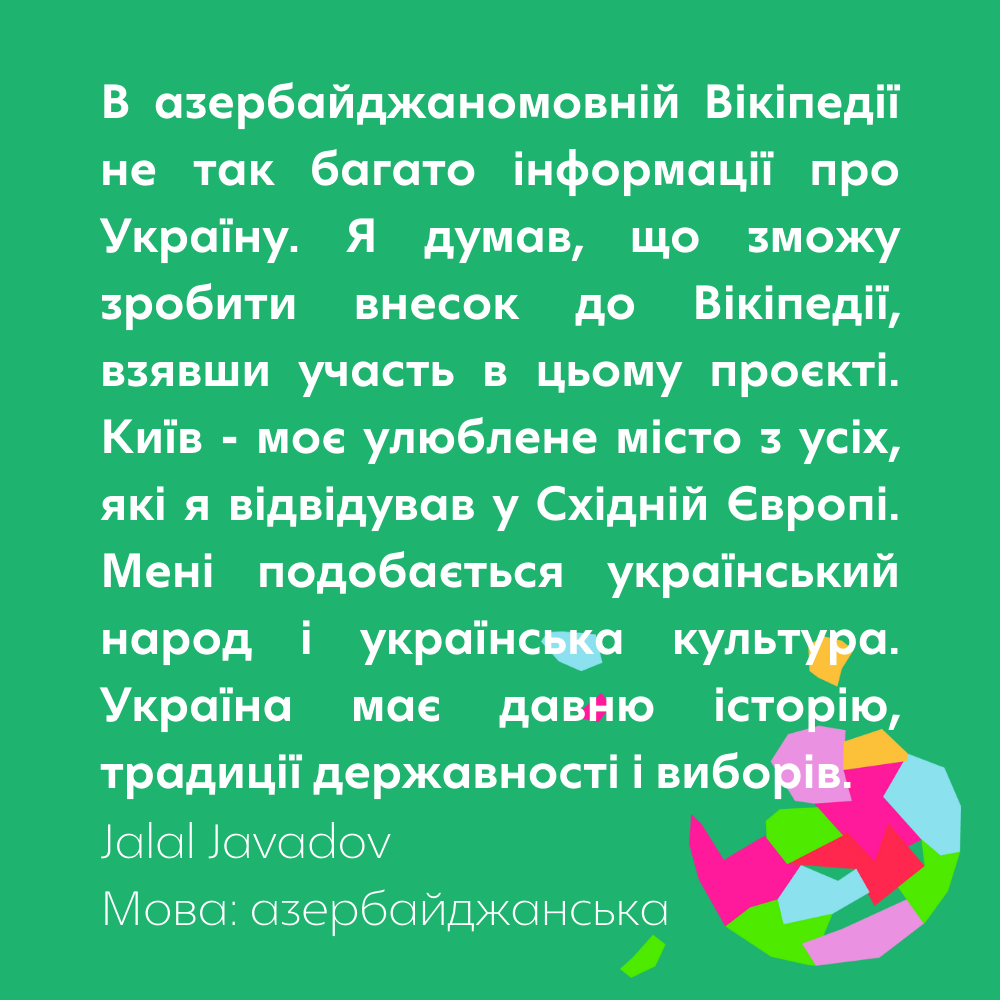 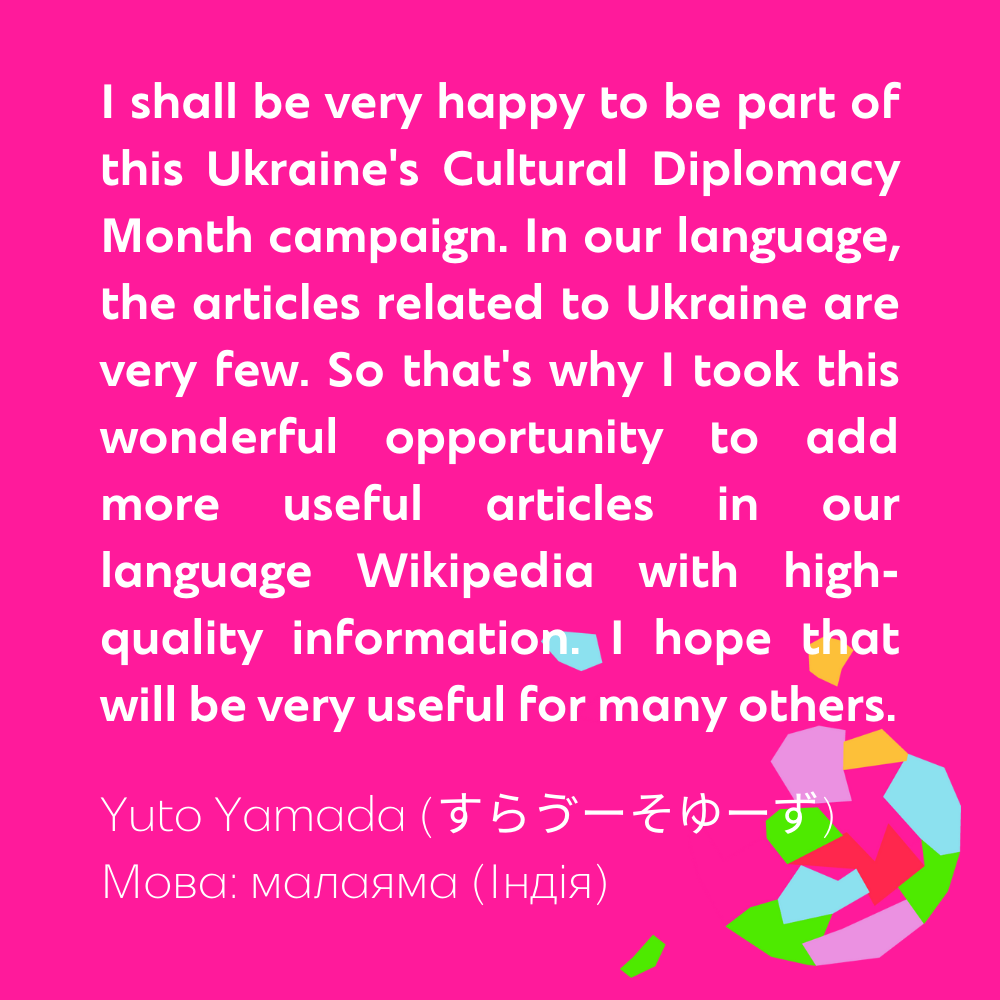 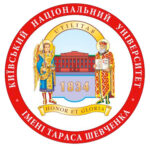 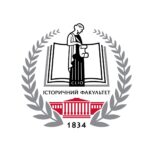 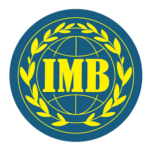 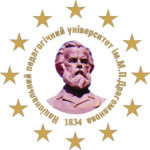 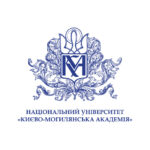 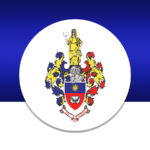 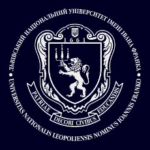 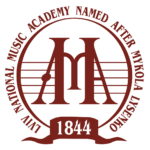 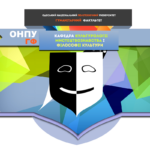 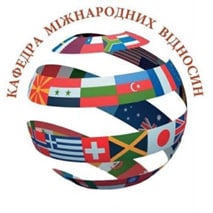 “Thanks to this project, hundreds of new articles have appeared on Wikipedia in different languages about Ukraine, its culture, achievements and potential. People all over the world will be able to learn something new about our country. I am convinced that this will encourage many of them to later visit Ukraine, study there or invest in it. We will definitely work for the development and success of this project in the future”.

"It is important for the Ukrainian Institute that culture becomes a unifying force and helps to build Ukraine’s ties with the world. In this project we managed once again to achieve it. Ukraine's Cultural Diplomacy Month gathered participants from dozens of countries, including experienced wiki writers interested in Ukraine as well as foreign Ukrainians, students, and university professors".