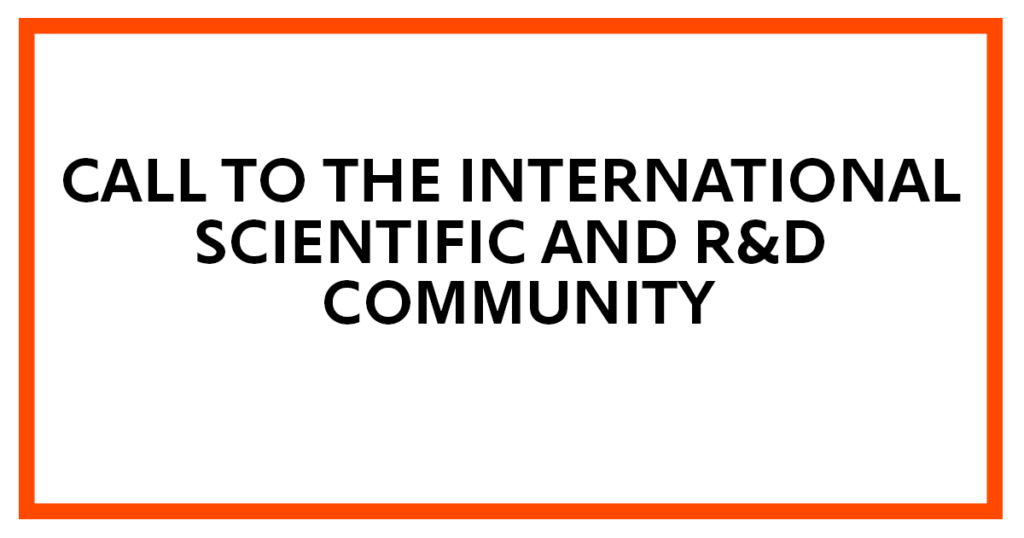 On 24 February 2022 Russian Federation launched an insidious and shameful military attack on Ukraine. In the very centre of Europe cruise missiles with cluster munitions and vacuum bombs banned in the civilised world are destroying residential areas, kindergartens, hospitals and civil infrastructure. As of 29 March, killed 1324 civilians, including 145 children and over three million people took refuge in other countries. This is a war of a scale unseen in Europe since 1945, and the whole world is watching it happen.

We are grateful to our allies for imposing economic and political sanctions on the Russian Federation. The Ukrainian Armed Forces demonstrates incredible courage and resilience to repel the invasion. However, we believe the global scientific community must also intervene to stop the aggressor.

Military power in XXI century directly depends on solutions and technologies that originate from R&D labs. Access to high technologies, innovations, scientific research, and exchange gives a huge advantage in modern warfare. We need your support to strip Russia of this advantage until it fully withdraws from Ukraine and is held accountable for its war crimes.

We, the Ukrainian scientific community, ask you to protect Ukraine by taking the following steps:

Please help Ukraine by communicating your commitment to this statement publicly and encourage your peers to follow your example.

We have the power to stop the bloodshed and war. Let’s combine our efforts and end Russia’s war on freedom, democratic values, truth, and the whole civilised world.