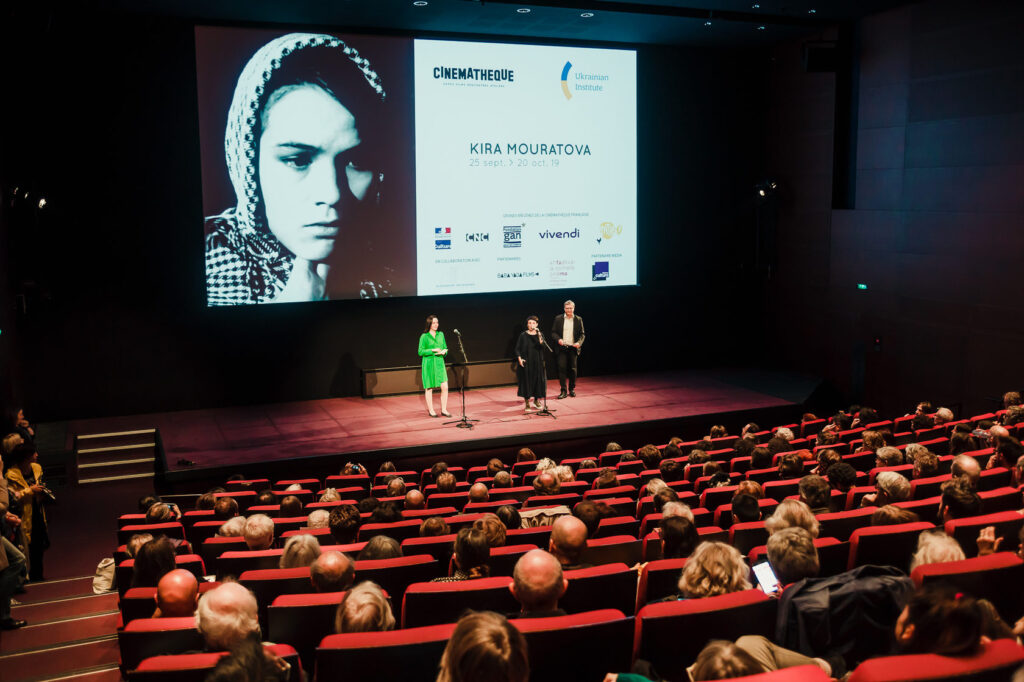 From 25 September to 20 October 2019, the legendary Cinémathèque Française in Paris will host the complete retrospective of Kira Muratova’s feature films. The pictures of the directress from Ukraine will be screened at the world’s oldest film archive for the first time. The event is organised by the Ukrainian Institute and Dovzhenko Centre.

The Cinemateca agenda includes sixteen movies, showcasing the author’s complete feature films, such as “Brief Encounters” (1967), “The Long Farewell” (1971), “The Asthenic Syndrome” (1989), “Melody for a Street-organ” (2009), and “Eternal Redemption: The Casting” (2012). Muratova’s films will be presented by her close friends and colleagues: Ukrainian actor and director Georgiy Deliev, actress Natalia Buzko, producer Oleg Kokhan, and Kira Muratova’s husband Yevgeny Golubenko, co-artist and co-author of screenplays for her several films.

“The retrospective in Parisian Cinemateca represents a complete palette of the directress’ works – from Soviet-era movies, made in conditions of limits and censorship, to the times of independence, when Ukraine faced great social transformations. This year is so to say a milestone for Muratova in France. We supported screenings of her films at La Rochelle film festival in July. It was met with great success and got a full house,” – says Volodymyr Sheiko, director-general of the Ukrainian Institute. – “These events are followed by expert discussions and public talks. I hope it will inspire re-thinking the complex identity of the directress, as well as the role of her works both in Ukraine and internationally.”

“The true international interest in Muratova’s works started after the first complete retrospective of her pictures, we organised at 2013 International Film Festival Rotterdam together with Evgeny Gusyatinskiy when the directress was still alive,” recollects Ivan Kozlenko, director general at the Dovzhenko Centre. – “In 2013-2014, Dovzhenko Centre, commissioned by Derzhkino, restored all Muratova’s films of the Soviet period facilitating their international logistics. Since that time, the pictures were screened at the most prestigious cinemas of the world – international film festivals in Karlovy Vary, Melbourne, Buenos Aires, Bonnie, La Rochelle… Only during 2017-2019, eight retrospectives were held in different countries.

Muratova has become the most popular Ukrainian directress in the world. Dozens of requests for screening are coming to the Dovzhenko Centre. Currently, there is more interest in her works then in those of Oleksandr Dovzhenko. The retrospective at the Cinémathèque Française is a culmination of her international recognition. The return of “The Sentimental Policeman” to Ukraine is a landmark event and a symbolic outcome of our almost 7-years work to promote her name.”

After the Parisian Cinematica, five movies by Muratova are out in French cinemas. Ukrainians will be able to watch “The Sentimental Policeman” upon its return to the Dovzhenko Centre. 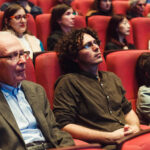 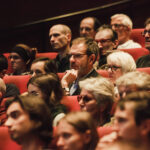 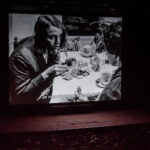 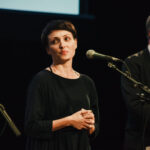 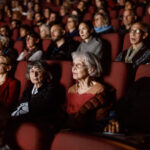 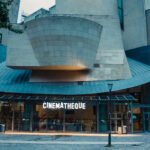 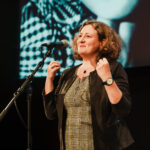 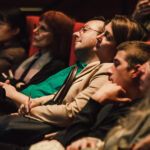 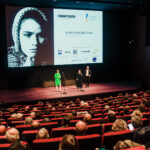