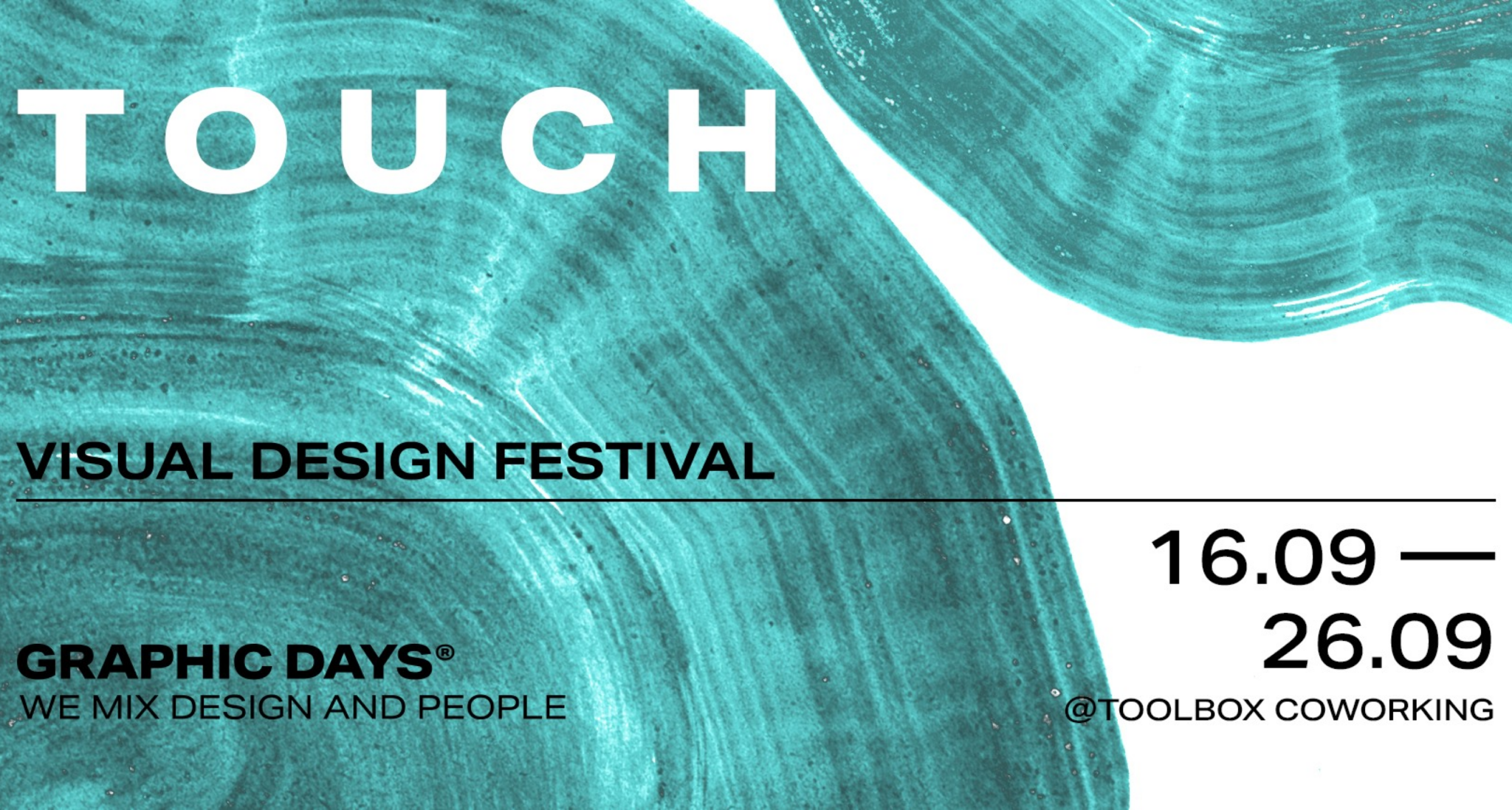 The sixth edition of the international festival Graphic Days dedicated to visual design took place from 16 to 26 September in Turin, Italy.

The programme of the new edition, promoted by the Print Club Torino association, Quattrolinee, and Plug, included exhibitions, performances, experiential activities, and workshops within the Toolbox Coworking space. The theme of this year’s festival was ‘Touch’, an invitation to return to physicality and sensoriality, an invitation to stay in contact.

The focus was on the project ‘Eyes on Ukraine’, the Ukrainian graphic and illustration scene, in partnership with the Ukrainian Institute and the Pictoric collective. ‘Eyes On Ukraine’ has presented to the international community the hidden potential of visual communication and graphics in Ukraine characterized by a lively and creative contemporary scene that boasts a rich historical heritage. Graphic design works became the tool to tell the history and values of Ukraine, making people aware of everyday life, tradition, and culture. The goal, however, was not only the enhancement of Ukrainian heritage but also the introduction to the most recent trends.

The initiative included an exhibition itinerary, two talks, and a workshop.

The exhibition itinerary consisted of 3 sections:

Illustration
The works of more than 25 Ukrainian illustrators have been selected to show a modern image of Ukraine and offer different points of view on cultural heritage, social phenomena, and historical events, little known to the international community. In addition to the works of already established illustrators, the works of the most promising young Ukrainian artists, chosen by the Kyiv National Academy of Visual Arts and Architecture, were also presented.

Ukraine Then&Now
Introduction of the culture of Ukraine, from the Republic of the beginning of the XX century to the present day, through visual design projects. Among these, especially remarkable is the established Heorhii Narbut within the NARBUT XXI project: one of the most important graphic artists of the XX century who marks an entire era in the history of Ukrainian art, influencing visual communication of the XX century.

Visual design in the contemporary
A selection of projects by Ukrainian design studios and the best editorial projects, including the magazine of the Telegraf. Design collective and the winners of the Best Book Design competition, organized by the Kyiv Book Arsenal Festival.

Among the exhibition events were the workshop from the Ukrainian duo “Studio Seri/graph” and 2 discussions: about Ukrainian children`s illustration in the XX century and the formation of modern creative communities in Ukraine” involving Anastasiia Yevsieieva, Head of Visual Arts of the Ukrainian Institute.

The project has been implemented in partnership with Print Club Torino, Pictoric, the Ukrainian Embassy in Italy, the Consulate General of Ukraine in Milan  within projects #GraphicDays and #Visualise.