The Winners of the Contest of Design Concepts “Ukrainian Souvenir” 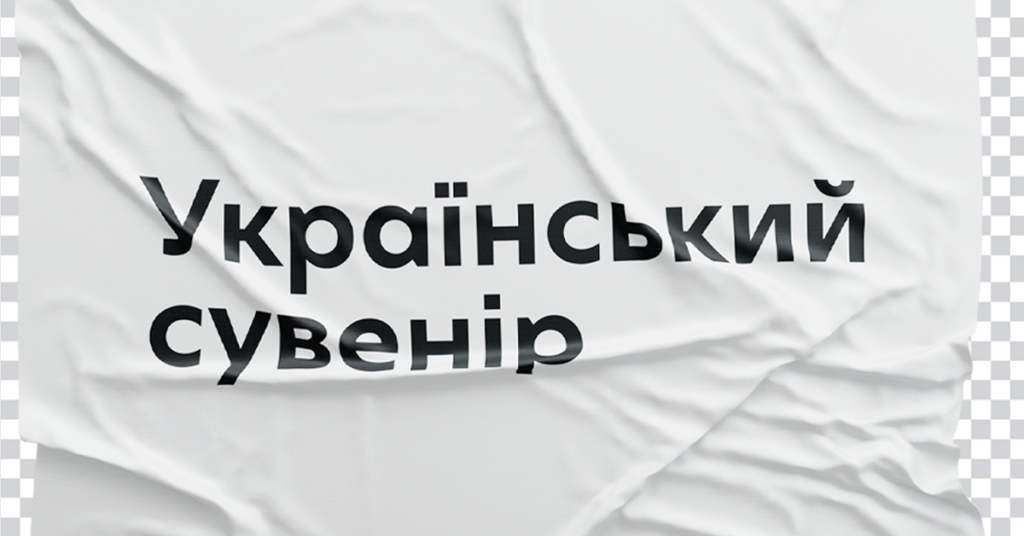 The international jury selected three winners in two categories within the three themes of the competition – Traditional Culture of Ukraine, Ukrainian Avant-Garde and Contemporary Ukrainian Design.
In Traditional Culture of Ukraine, the application “Flowers and Birds” got the highest scores (a private entrepreneur Kamenska Nataliia).
In Contemporary Ukrainian Design, the same maximum number of points were scored by two applications at once, namely “Series” (aprivate entrepreneur Orap Olena) and “Feel how Ukraine sounds” (ORNER GROUP LLC).
According to the joint decision of the jury, the winner of The Ukrainian Avant-Garde, was not selected due to the non-compliance of the submitted applications with the specified criteria.
In each topic, the applicants presented design concepts in five product categories: textiles, ceramics, visual image, author’s product and a category of the applicant’s choice. The Ukrainian Institute together with the winners will put the finishing touches to their design concepts, and later create a catalog. It will be distributed among Ukrainian diplomatic institutions and missions abroad. The Ministry of Foreign Affairs of Ukraine, embassies and consulates will be able to choose the concept on their own and order souvenirs made according to the the catalog, to present them to foreign delegations, honoured guests and participants of official meetings.

Tetyana Filevska, the Creative Director of the Ukrainian Institute, tells more about the course of the competition: “We realized that we set pretty high standarts and the participants had to prepare quite complicated applications in such a short time (the competition lasted for a month). From the projects it can be concluded that the creative industries in Ukraine have not yet revealed their potential in developing the souvenirs with deep meanings, and there is a need for designers to dive deeper into cultural phenomena, master to build capacity and develop. We hope that the “Ukrainian Souvenir” program will foster the aim.”

Descriptions of the winning projects:

“Flowers and birds”
The Applicants were inspired by the Ukrainian art of carpet weaving and Cossack embroidery, including the book “Flowers and Birds” by Rodovid Publishing, which includes collections of plant carpets from ten leading Ukrainian museums and the Ukrainian Museum in New York. Flowers were used in rituals, decor and everyday life. Plant and flower elements are the most common in the traditional folk art of Ukrainians and are almost always present in everyday products and embroidery. The flower was not only an aesthetic element, but also had a symbolic meaning. Our ancestors believed that the magic of flowers played a significant role in people’s lives: for example, a wreath made of flowers and herbs is one of the oldest symbols – a symbol of life.

“Feel how Ukraine sounds”
Among all the visual symbols, historical heritage and interesting features of Ukrainian culture, the Applicants decided to highlight the Ukrainian song. Either “Oy, vershe miy, vershe” or “Chervona Ruta” – all these are the musical code of Ukrainians. Such songs are Ukraine: our joys, our worries, our pain. To understand Ukraine, you need to hear it.

Project about a series of typical houses of Ukrainian cities of 1970-1990. The Applicants tried to create a perfect image of the urban reality – as in the projects of architects of the 1970s and 1990s the facades looked flawless, and returned them to the beauty of the original design. The graphics are based on the facades of the houses of the series: sixteen-storey panel houses, “Czech”. Only understanding, comprehending and accepting the heritage and present of our city will help to move further into the urban future. In recent years, Ukrainian dormitory areas have attracted the interest of foreigners and have become a popular place for filming videos and tours.