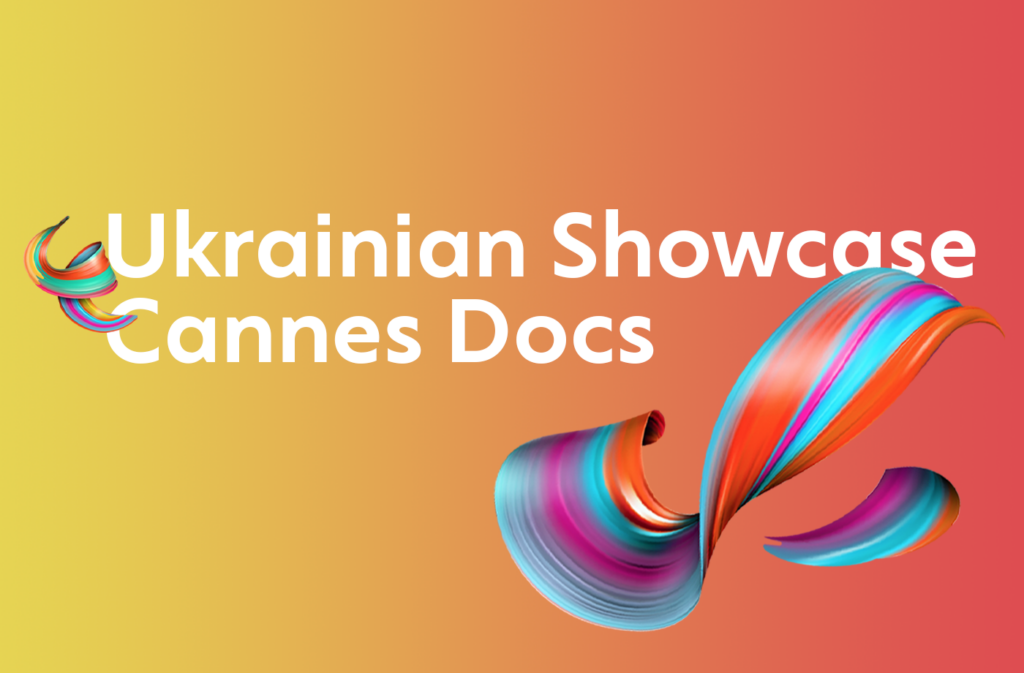 Ukrainian Institute and Docudays UA International Human Rights Documentary Film Festival announce the selection to participate in the presentation of Ukrainian documentaries at the Marché du Film – UKRAINIAN SHOWCASE @ Cannes Docs. The event will be held online on 22-26 June at Marché du Film as part of the Cannes Docs section.

Docudays UA and the Ukrainian Institute will select four Ukrainian documentary projects to be presented at the Marché du Film as part of the Cannes Docs section. All participants will receive individual consultations from leading international experts.

“The Ukrainian Institute strives for consistency in promoting Ukrainian cinema. That is why this year we are organising two showcases at the famous Marché du Film. One of them is Producers Network, aimed at integration of Ukrainian producers into the international professional community. Another one is UKRAINIAN SHOWCASE @ Cannes Docs which focuses on support to documentaries. Olga Birzul, Head of Film Programmes at the Ukrainian Institute, says about the Ukrainian SHOWCASE @ Cannes Docs initiative: “We have already tested the format of online pitching during the Ukrainian Doc Preview showcase at the current Docudays UA and are now absolutely confident in their effectiveness.”

Authors of feature-length documentary projects in the genre of creative and auteur documentary for festival and cinema distribution may apply for participation in the UKRAINIAN SHOWCASE @ Cannes Docs. These projects must be at the post-production stage. Directors must also prepare to present at least 10 minutes of the future film’s rough cut.

The submissions for the participation are open from 12 to 23 May 2020. For more information about the competition and the application procedure, please follow the link. The winners will be announced on May 28.

By taking part in Cannes Docs, Directors will increase the visibility of their projects at the international level, says the Head of Cannes Docs, Pierre-Alexis Chevit: “The obvious advantage of the virtual version of Cannes Docs is that some professionals from different parts of the world, who would not be able to go to Cannes under normal conditions, are willing to participate in the online Marché du Film! In addition, all participants have a chance to receive awards for their films. By the way, last year the film, which received the main cash prize of 10 thousand euros, was selected to participate in the Visions du Réel-2020 Festival.”

In addition to films from Ukraine, future documentaries from Canada, Italy, New Zealand, the Philippines, Argentina and other countries will be also presented at Cannes Docs this year.