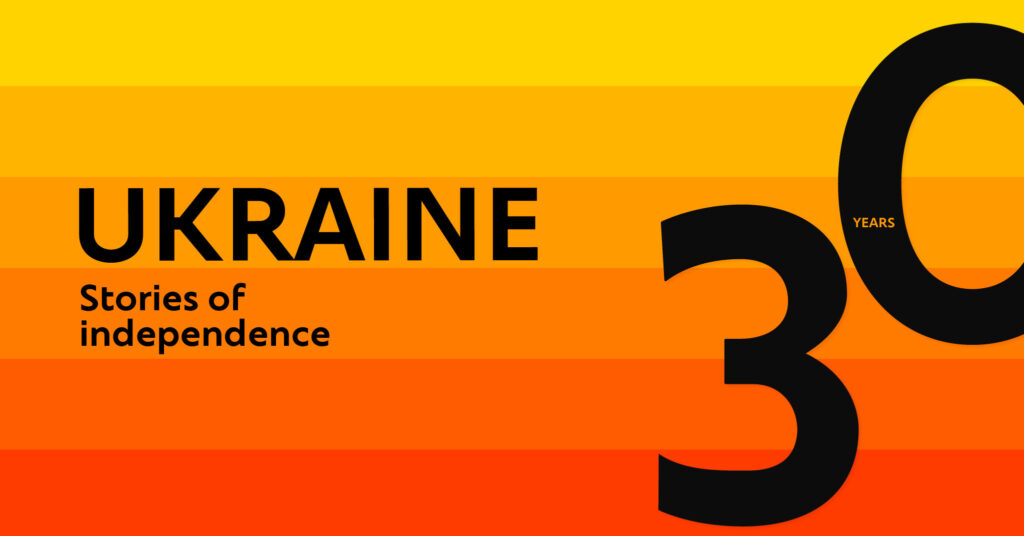 «Independent 30: Ukrainian Institute presents a multimedia project dedicated to the 30th anniversary of the Independence of Ukraine

The Ukrainian Institute, alongside the cultural management agency Port.agency and with the support of the Ministry of Foreign Affairs of Ukraine, presents the Independent 30 project.

This project allows us to hear independent Ukraine through the voices of 30 prominent personalities who are creating its history right now and speak about Independence through their own symbolic objects.

Among the project’s heroes are artists and scientists, athletes and actors, public figures, reformers of education and medicine, and talented young entrepreneurs.

They include singer Jamala, Olympic champion Elina Svitolina, composer Valentin Silvestrov, businessman Yaroslav Azhnyuk and actress Ivanna Sakhno. The aim of the project is to showcase people with different experiences and professions who together form a portrait of the new, modern Ukraine.

Each of the heroes speaks about an object that symbolizes independent Ukraine for them, in addition to significant events in its history or their own contribution to the development and well-being of the country.

“We want Ukraine and its independence to be perceived not only through the prism of political news, historical facts and cultural heritage. The mosaic of modern Ukrainian culture is composed of the stories of people who, in changing their own lives, change the world. The Independent 30 project actualizes the present and tells the world the history of modern Ukraine”, says Tetiana Filevska, Creative Director of the Ukrainian Institute.

“For a person, thirty years is a major share of their lifetime. Thirty years for a country is a moment in history. But even in this short time, Ukraine has become an independent and self-sufficient state. We can safely say that important decisions about our future are being made not only by politicians, but by the people. That is why the focus of our project is about individuals who are creating a new Ukrainian history right now”, says Katya Taylor, curator of the project.

You can see, hear and read the history of Ukraine through the eyes of those who are creating it right now, on the official website of the project: https://independent30.ui.org.ua/main_en