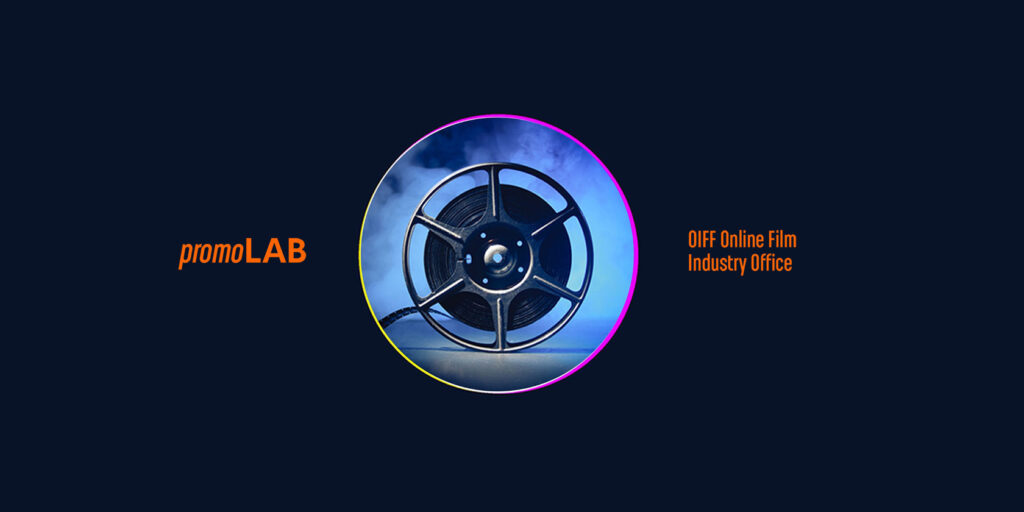 On September 30, the Ukrainian Institute will hold a one-day educational networking event promoLAB within the Film Industry Office industry of the 11th Odesa International Film Festival.

The Odesa International Film Festival and the Ukrainian Institute present a joint project for film professionals – promoLAB, an educational programme on how to promote Ukrainian films internationally. The one-day promoLAB format within the OIFF Film Industry Office includes a webinar from a leading marketing agency from Germany and a panel discussion with the promotion experts, PR specialists in the field of cinema and representatives of festival promotional offices. Speakers will talk about different types of film promotion and share the secrets of successful promotional cases. All accredited Film Industry Office participants will be able to attend the webinar and panel discussion as well as network with the invited experts. In addition, Ukrainian film projects that were selected to participate in the Work in Progress section will receive individual consultancy from the representatives of foreign PR-agencies.

Julia Sinkevych, OIFF General Producer, talks about the importance of promotion in the context of global challenges:

“The Odesa International Film Festival and the Ukrainian Institute initiated cooperation last year during the anniversary 10th OIFF. We established a new award in the Work in Progress section and launched the UA Films Showcase programme. We are pleased to continue partnership and expand it with a new joint project promoLAB. This specialized educational programme will help Ukrainian film professionals understand how to create marketing strategy for positioning films at co-production markets and festivals. Given the global changes in the world, which affected the international film market as well, filmmakers need to know what are the rules of the game now, and understand the importance of promoting their content in new realities. In addition, Ukrainian cinema is becoming more and more interesting for the global industry, so the professionals who produce it will benefit from the promoLAB programme: it will uncover the secrets of building an effective PR strategy“.

Together with the international experts promoLAB participants will be able to improve marketing literacy on the international level and establish professional contacts with PR professionals in the film industry. It is planned that such practical interaction will be transformed into cooperation with foreign promotion agencies, sales agencies, festivals and distributors. PromoLAB participants will learn more about the Ukrainian Institute’s support programme for international promotion of Ukrainian films abroad proMOTION, and will be able to better prepare applications for future open calls.

“This year the Ukrainian Institute has launched the first long-term film programme – proMOTION – to provide Ukrainian filmmakers with a resource to represent and promote their projects abroad. We held the first open call and realized that most communication strategies needed improvement. That’s how we came up with the idea of promoLAB. It’s kind of PR and international promotion “hackathon” for the film community. This programme together with the award of the Ukrainian Institute in the Work in Progress section strengthens our strategy of promoting Ukrainian cinema abroad”,

During the OIFF, which this year will take place from 25 September until 3 October, the Ukrainian Institute will award a film project with the greatest potential abroad in the section Work in Progress. Last year the international jury gave the award to the film “The Forgotten” by Daria Onyschenko, which was recently released.