proMOTION is a long-term programme, developed by the Ukrainian Institure, that aims to support the international promotion of Ukrainian films

The proMOTION programme is designed to increase the presence of Ukrainian cinema on the international market and its recognition in the foreign information space.

The aim of the programme is to develop the competencies and strengthen the capacity of Ukrainian filmmakers for representation abroad and systematic international cooperation, in particular with professional film marketing agencies.

What film projects can be submitted to the programme

In 2023, the programme will be implemented with the financial support of the Eurimages Fund.

Details about the proMOTION 2023 format, the amount of funding for one project and the timeline of open calls will be announced later.

Winners of the programme proMOTION 2022
In 2022, the Ukrainian Institute supported 5 film projects with the greatest international potential. The winners received up to UAH 300 000 for international promotion services. 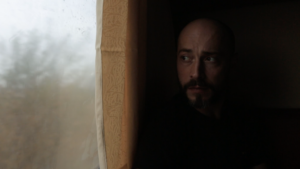 After enduring the horrors of the war in eastern Ukraine since 2014, three young veterans return home. As they struggle to find their place in daily life as civilians, the Russian invasion of Ukraine in 2022 throws them right back into the trauma they have tried so hard to escape.
From Ukraine to Luxembourg / Luxembourg, Luxembourg 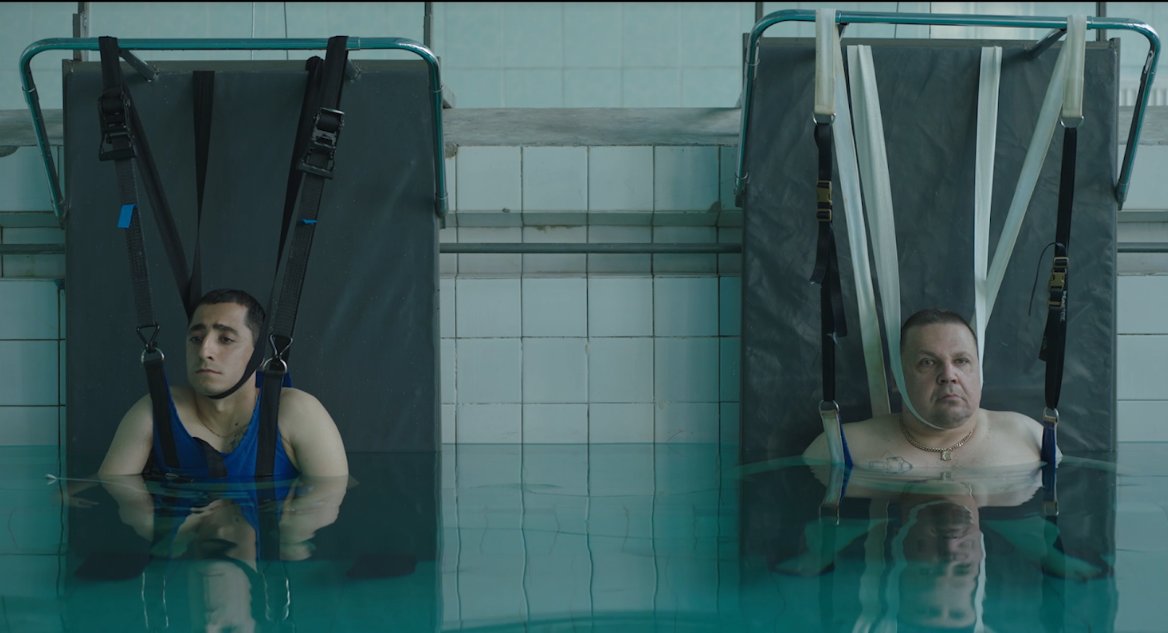 Opposite twin brothers learn that their father, who left them as a child, dies in distant Luxembourg. One of the brothers, Kolya, decides to go to him, while the other, Vasyl, does his best to prevent his brother from leaving the country. The many obstacles that Kohl encounters are more like a test of courage: now Kohl, who is used to running away from problems, does not give up even when there is no way out. Eventually, unexpectedly for themselves, the two brothers go to meet their father. However, will this journey live up to the brothers’ expectations?

Mountains and heaven in between 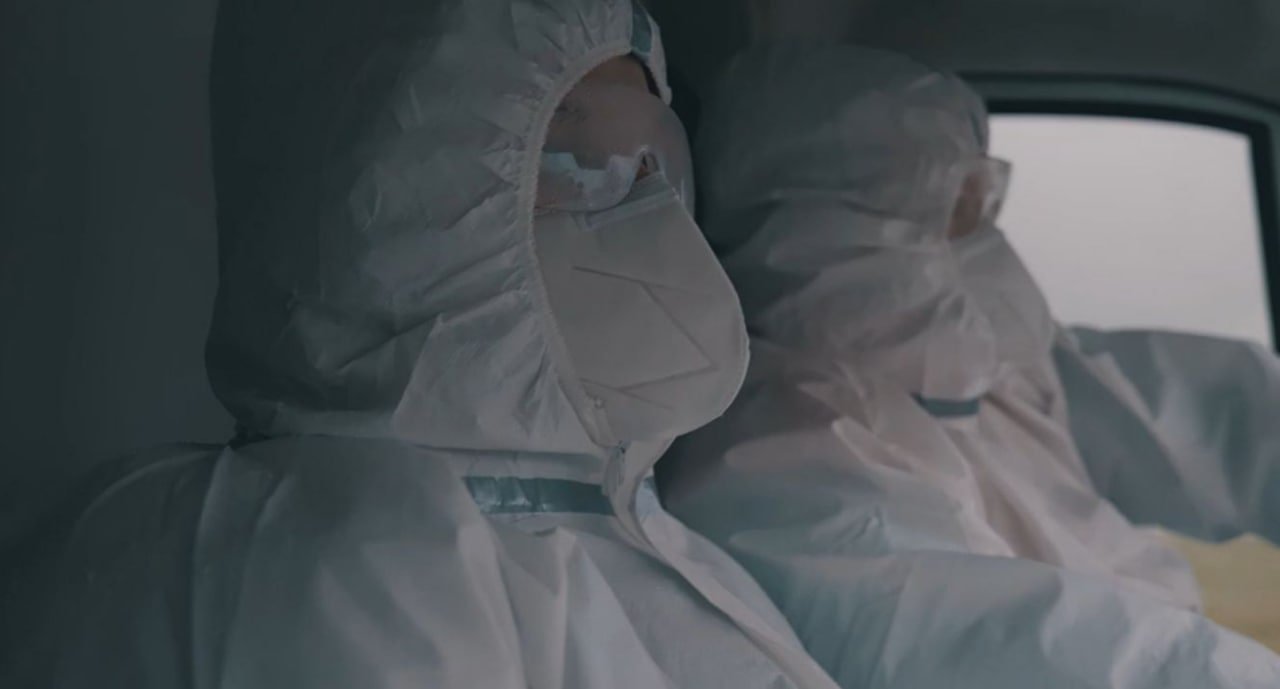 It’s 2020, the world is threatened by a pandemic – the new and unknown coronavirus disease. At the same time, the mountain village of Kolochava in Zakarpattia goes on with daily life because people here face difficulties constantly.
Mariia, Tetiana, Anna and Svitlana are very well known in the village. They are the four female paramedics working at the only ambulance station in Kolochava. Despite the pandemic, most of the calls in this village are the same old diseases: strokes, hypertension and cardiovascular diseases, pancreatitis, alcohol intoxication and others. People keep suffering from severe illnesses, which become even more dangerous in hospitals, now overcrowded with COVID-19 patients.

The villagers get born, get married, celebrate… and eventually die. Life is too short to be put on pause. It seems the life cycle in this village will last forever, but will its people be able to survive if the next pandemic is more deadly? Life in the village continues, and the ambulance workers are always ready to come to the rescue.

Western Ukraine, on the eve of a traditional carnival. Pamfir returns to his family after months of absence. Their love is so unconditional that when his only child starts a fire in the prayer house, Pamfir has no other choice but to reconnect with his troubled past to repair his son’s fault. He will be taken on a risky path with irreversible consequences.

Rock. Paper. Grenage / Felix and Me 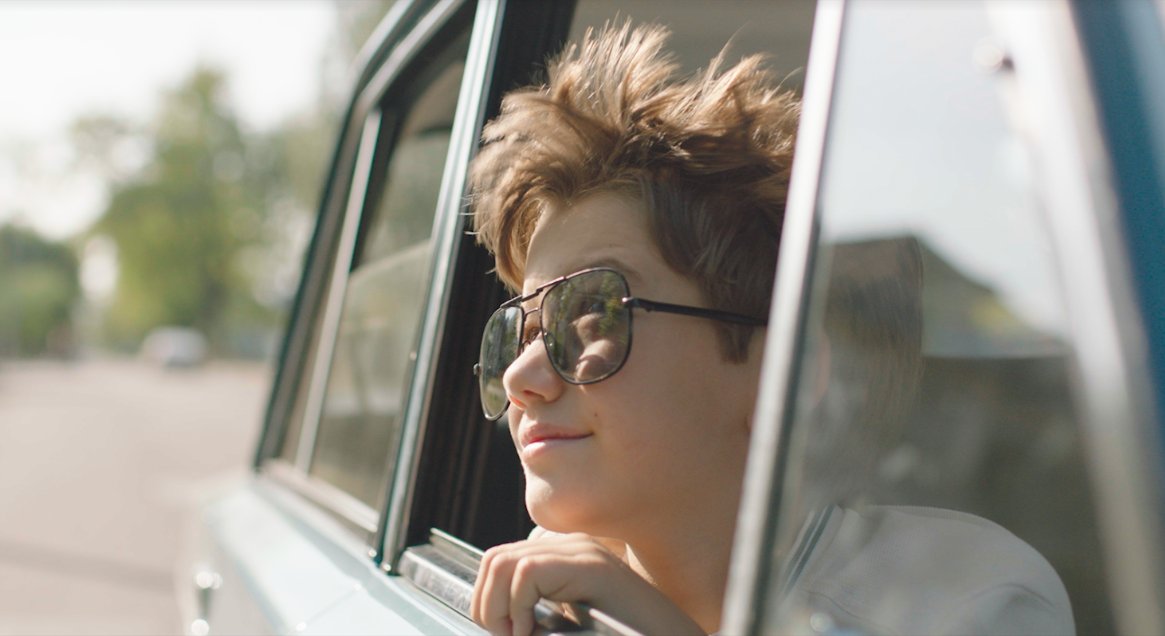 A coming-of-age story, based on Artem Chekh “Who are you?” autobiographical novel about relationships between a teenager and broken adults in Ukraine, 1990s. One day Tymophiy befriends a Felix – an Afghanistan war veteran, who has has PTSD and he loves classical music…

In 2022, the Ukrainian Institute will provide the promotion of five film projects* abroad, which, as a result of expert evaluation, will score higher than others, up to UAH 300,000, including all mandatory taxes and fees.

Legal entities of all forms of ownership (production companies) and sole proprietors registered in Ukraine, who have exclusive property rights to the film project and its use in any form and in any way in the territory, on which the promotion within the proMOTION program is foreseen, can submit a competitive application.

During the current calendar year, the same legal entity/sole proprietor may submit no more than two applications with different film projects for art competitions organized by the Ukrainian Institute.

Services of the promotion of film projects selected as a result of the competition may be provided between May 10th and December 10th, 2022.

All questions regarding the competitive documentation can be sent to promotion@ui.org.ua.

* The Ukrainian Institute reserves the right to recognize 6 (six) film projects as winners of the Art Competition if the list of projects with the highest scores relative to others includes two short films with the total cost of both film projects up to UAH 300,000.00 (three hundred thousand hryvnias 00 kopecks) including all mandatory taxes and fees.

Given the full-scale invasion of Russia on the territory of Ukraine, the Ukrainian Institute reserves the right to adapt the programme to the current situation, in particular to ensure the promotion abroad of fewer film projects and/or to a lesser extent.

Winners of the programme proMOTION 2021
In 2021, the Ukrainian Institute supported 3 film projects with the greatest international potential. The winners received up to UAH 150 000 for international promotion services.


Leonid Burlaka, a famous Soviet cinematographer who worked at the Odesa Film Studio from the mid-1960s, suddenly gets diagnosed with Alzheimer’s disease. At the same time Igor, his grandson and an emerging Ukrainian DoP, accidentally finds his grandpa’s heavily damaged photo archive: shots taken by Leonid, who was making a career during the ‘Khrushchev Thaw’. Igor realises that he actually knows very little about his grandpa and his youth, so he starts the journey to shed light on Leonid’s life. Igor rethinks the impact of the Soviet cinema machine on his family and country in general, and finds the threads connecting him to his grandfather. Yet time is running out: soon Leonid will not be able to recognise his grandson.
How's Katia
feature full-length debut, psychological drama

Director: Christina Tynkevych
Producers: Olha Matat, Vlad Dudko
Production company: Evos Film
Country: Ukraine
Anna, a 35-year-old single mother, and paramedic has just taken on a mortgage in dreams of creating a better life for her 12-year-old daughter Katia. Instead, a sudden turn of events makes Anna face a dilemma that will change her personal moral borders in a society that hasn’t got any.
Spas (Butterfly vision)
feature full-length debut, psychological drama

Director: Maksym Nakonechnyi
Producers: Daria Bassel, Elisabeth Smith
Production company: TABOR Production
Country: Ukraine, Croatia, Czech Republic, Sweden
Returning home from the front line after being held captive for two months, soldier Lilia discovers that she is pregnant after being raped by her warden. Will she manage to survive this trauma and save the child in a society that is not ready to accept either of them?
Competition conditions 2021
Types of costs funded under the programme
1) PR services: development of a film promotion strategy abroad and its implementation, writing English-language presentation materials (tagline, logline, international synopsis, press release, interviews, etc.), communication with foreign media, interview coordination, organization of press screenings, and press conferences, press clipping, PR-campaign audit, etc.

2) SMM-support of the project: development of a strategy for promotion in social networks, creation of visual materials and posts, management of social platforms, promotion of posts (targeting), monitoring, working with opinion leaders, critics).

3) Services of design and printing of English-language promotional materials:

– production of DCP (Digital Cinema Package) and other formats;
– creation of subtitles for video materials.

5) Production of video materials and videos for the promotion of the film project abroad.

6) Services for translation, proofreading and correction of text materials in foreign languages.
Competition commission 2021
The selection of film projects is carried out by a competition commission consisting of representatives of the Film department of the Ukrainian Institute and independent film industry experts.
Olga Birzul
Head of the Film at the Ukrainian Institute
Natalie Movshovych
Senior Film Programme Manager at the Ukrainian Institute
Illia Gladshtein
Co-founder and director of the “KINO42” cinema, film producer (Phalantery Films), director of the independent distribution company “86PROKAT”, co-founder of the 86 Film and Urbanism Film Festival (2014-2018)
Anastasiia Sidelnyk
Communications manager (film projects “Tales of a Toy Hourse”, “Reserve Askania”, “Heat singers”, “Human with a stool”), a former communications manager of the “Arthouse Traffic” film company.
Julia Sinkevych
Film producer, member of the supervisory board and co-founder of the Ukrainian Film Academy, member of the European Film Academy

Winners of the programme proMOTION 2020
In 2020, the Ukrainian Institute supported 5 film projects with the greatest international potential. The winners received up to UAH 150 000 for international promotion.

The film premiered at the 72nd Cannes Film Festival, where it was nominated for the Palme d’Or – Best Short Film (Golden Palm is the main award of the festival in the short film category). The film was also shortlisted for BAFTA and won Best British Short at the 22nd British Independent Film Awards. Now the film has a great chance to be among the nominees for the Oscar in 2021.

This film is about Anna, a middle-aged woman who lives in eastern Ukraine with her teenage daughter. She works at a meat processing plant and is desperate for change for the better in her life. One day she hears an announcement about a party where foreign men are looking for love and want to meet Ukrainian women. To change her routine, Anna decides to attend a party.

Tales of a Toy Horse

Back in Soviet times, Anatolii Liutiuk left Ukraine and lived as a monk in the worldly life in the centre of Tallinn. For the last 20 years he has been praying daily for the preservation of nature and all living things on earth. He spends all his time in workshops, where he makes wooden toys and books using ancient monastery technology. When the war in Ukraine begins, Anatolii cannot stay away. Enlisting the support of the Estonian government, he travels to Donbas with humanitarian aid in search of those who need it most. In his travels along the front line, he learns about the lives and needs of local residents and delves deeper into the harsh reality of the “gray zone”.

Michel (As Far As Possible)

Michel is a young German who lives in a small village in the Carpathians and breeds and rescues an endangered species of water buffalo. He lived in Ukraine for 10 years on an old farm, studied the local dialect and became known as the “last friend of buffaloes”. Thanks to Michel’s work, the population of Carpathian buffaloes increased from a few dozen heads to more than two hundred. While thousands of Ukrainians emigrate to earn money abroad, a foreigner chooses a radically different solution – moving to live in Ukraine to become useful to the community and find a lifetime project. Watching Michel’s life, we acquaint viewers from all over the world with the culture and incredible nature of the Ukrainian Carpathians, we see that Ukraine is interesting to foreigners as a tourist destination, and even more – a place to live.

Between the Wars (This Rain Will Never End)

The film follows 20-year-old Andriy Suleyman as he tries to secure a sustainable future while navigating the human toll of armed conflict. From the Syrian civil war to strife in Ukraine, Andriy’s existence is framed by the seemingly eternal flow of life and death.

Full-length feature debut, coming-of-age drama. A story about the first sensual experience, love, friendship, and responsibility. 16-year-old Masha is going through a busy routine in the last year before graduating from school. She is supported by close friends Yana and Sienia, who share this experience with her, as well as parents who are very worried about their daughter, but raise her in freedom of action and thought. There is another detail in Masha’s life that gives her a hard time and prevails in her thoughts – classmate Sasha, who will become a test of her courage at a crucial moment.