Performance ‘Songs for Babyn Yar’ will be premiered in Kyiv 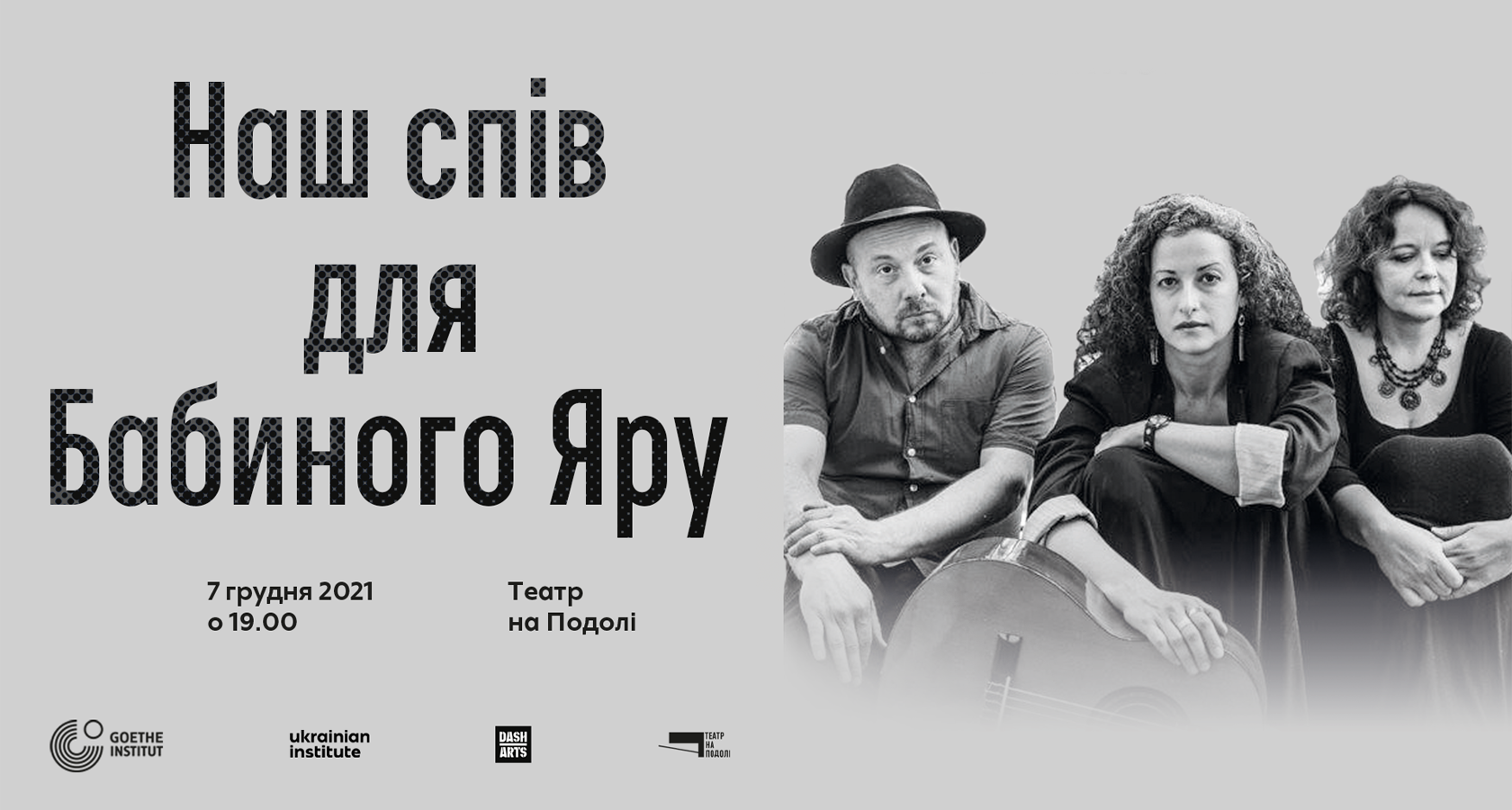 The Ukrainian premiere of the music theatre performance ‘Songs for Babyn Yar’ will take place in the Theatre on Podil (Kyiv) on December 7, 2021, at 7 p.m. The project is created by the arts organization Dash Arts (London) in partnership with Goethe-Institut Ukraine and the Ukrainian Institute.

In September 1941, Nazi occupying forces murdered more than 33,000 Jews in the ravine of Babyn Yar in the suburbs of Kyiv, Ukraine, over just two days. In the following two years of Nazi occupation, Babyn Yar became the site of over 100,000 deaths.

80 years later three Ukrainian musicians Yuriy Gurzhy, Svitlana Kundish and Mariana Sadovska journey deep into their shared history in the search for traces. Through the survivors’ testimonies, they give a shape and voice to the forgotten and untold stories from this dark page. Along with the song narration will sound documentary tragedy testimonies and contemporaries’ reflections. Theatre performance lasts for 90 minutes and comprises 13 songs in Ukrainian, Russian, and Yiddish.

The project ‘Songs for Babyn Yar’ sensitively approaches the complex legacy of the tragedy for which we’re still trying to find appropriate forms of commemoration. Music theatre performance follows the new path – for memory, grief, and view into the future.

In their work, the artists look into the musical heritage of Hebrew and Ukrainian ethnic communities and aim to deeply and thoroughly explore their complex identities. All the participants of the artistic group are from Ukraine, now living in Germany, and are widely known in Europe. Ukrainian poet, Shevchenko prize laureate, Marianna Kiyanovska has also joined the project — her poems were included in the performance text-basis.

The worldwide premiere will take place on November 21 at EFG London Jazz Festival. On November 11 the part of the performance was shown in Berlin.