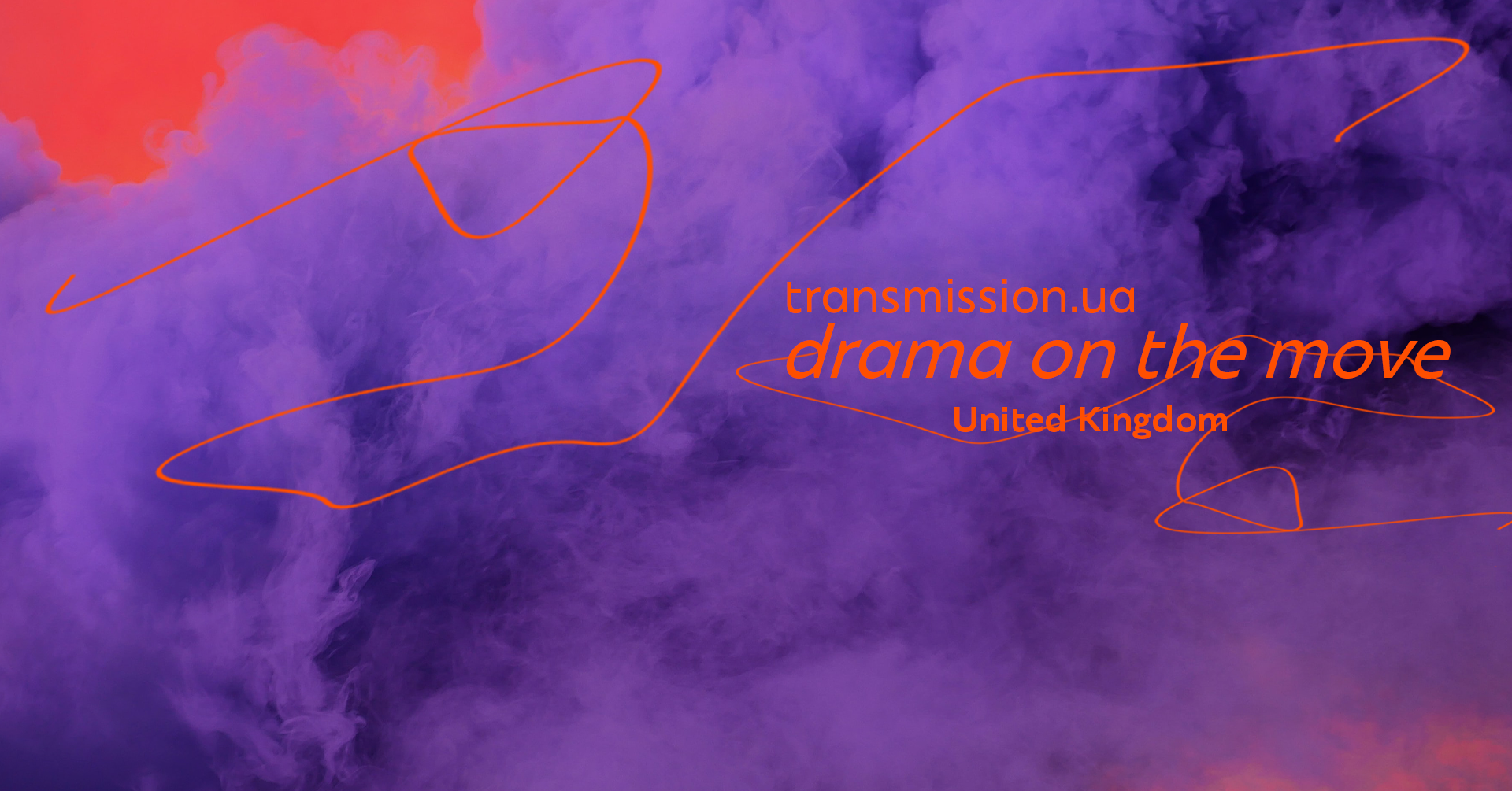 The Ukrainian Institute announces the winners of the drama competition held as part of the Transmission.UA: drama on the move. United Kingdom programme

The competition jury selected six works by Ukrainian playwrights based on viewer ratings. The winning texts will be translated into English and eventually presented in the UK in the form of performative reading sessions and stage plays.

The Drama Competition 2021 winners are:

“Transmission.UA: drama on the move“ is a programme designed to promote translating and staging of modern Ukrainian drama in Europe. The programme will be implemented in Poland, Germany and the United Kingdom in 2020-2022.

The Transmission.UA: drama on the move. United Kingdom programme is implemented in partnership with the British Council Ukraine.

What to do when you do not trust even your closest relatives? How to escape from the trap you set for yourself? With whom can you share your thoughts about what’s most important in your life if words lost their meaning, and the ability to listen and understand remains the thing of the pre-war past?

The plot of Bread Armistice unfolds against a backdrop of events that took place in the summer of 2014. A story about a single death gradually transforms into a story about the entire generation, a story about the parent-child relationships, a story about betrayal and mistrust, full of words that sound silly and words that are full of anguish, which Serhiy Zhadan combines so perfectly. The war continues, and no armistice can heal the wounds inflicted by it: they will continue to cause a gnawing pain, forever changing the lives of people who did not have a slightest intention to fight.

Four women, named after musical instruments, talk about a quiet and peaceful life in a “sanatorium”. They have everything they need for life, but it’s getting just a little bit boring. To entertain themselves, the heroines talk about their lives. Each woman has her own story to tell, but all four of them have something in common which brought them here – murder.

As it happens, the sanatorium is a penal colony. The heroines are sentenced to life imprisonment. They are doomed to spending the rest of their lives in the “prison inside prison”. What do these women find hope in, and do they have a right to nurture hopes for anything?..

Mother of Gorky, family saga by Lena Liahushonkova (written in 2019)

V and W (two characters, one person) talk about Diyanka who lives in a small settlement on the border with Russia. They reminisce about their childhood and family. The story begins in the 1970s. Diyanka goes to a social dance and meets a handsome Greek. Later he leaves her, not able to get along with the girl’s well-to-do parents who sell vegetables and use feces to fertilize their crops. Diyanka gives birth to a boy, she names him Zhenya and dedicates her whole life to her son from then on.

Inna, the female protagonist, has her birthday. She lives in Kyiv and her parents who live in another city come to visit her. In the evening, when birthday dinner will be served, they are to meet their daughter’s fiancé, Yosyp, who recently came back home after participating in the anti-terrorist operation. The parents have some free time to kill before the dinner, so they decide to take a walk, buy a gift and visit the place where they first met a long time ago – the so-called House with Daisies, on Zlatoustivska Street (the building was demolished in 2016), while Inna goes to her Pilates classes. However, this, run-of-the-mill day of the happy family turns into an absurd horror, full of violence, retraumatization and pain. When did everything go wrong? Pilates loses its impact on the female body, turning into a repressive beautifying instrument. The female body, which is subject to constant objectification, becomes an apparition bringing demolished houses to life, an echo of the war that rages both near and far away, a boundary between Eros and Thanatos and a medium that is used to inscribe upon the palimpsests of urban (and not only urban) space. Marginalized female voice, which has always been a symbol of self-sacrifice in culture, becomes a shout that, in order to be heard and seen, can take the form of the aesthetics of total ruination.

Three girlfriends are looking for love in today’s digital world. As their search progresses, they re-evaluate not only their role as women in the modern world, but also the role of technology in relationships, traumatic events they experienced in the past, ambiguous friendships that bind them together.

Five Songs of Polissya, drama by Liudmyla Tymoshenko (written by 2021)

The play consists of five short stories. In all stories the action takes place between 1940 to 2020 in northern Polissya. The first short story called “Old Peasant Lady Macbeth of Gladkovychi” tells about the drama that unfolded in a Polissya family in 1918. We learn about what was going on at that time from the dialogue between old Agafia and her husband Adam that takes place in 1940 in their yard in a Ukrainian village. The old couple’s dog was poisoned, and they are fighting over where to bury it. In the second short story called “The Jacket and The Watch” the action takes place in 1959 in a Polissya pre-trial detention facility. A young man is accused of the brazen killing of a school graduate for his Swiss-made watch and his jacket. The suspect denies all charges, but nobody believes him because he is a stranger. The third short story, “Day of Tankmen” takes us to a public bath. It’s 1973. Tired elderly women take their turns to soap each other’s backs. They talk about the tragic event that took place in their town on the Day of Tankmen. Chief Signal Officer, Lieutenant Colonel of the Soviet Army shot himself in the head in front of his beautiful young wife, leaving two children orphaned. The fourth short story, “Oksanka”, takes the viewer to 1997 and to an abandoned military barrack building. Two teenagers, Andriy and Oksana, concocted a plan, and Oksana faked her own abduction in order to make her well-heeled parents, both Army officers, pay the ransom. But everything went wrong. The fifth short story, “Visiting Golovykha” takes place in our time (2020). Two polite and modest girls carrying large backpacks enter a village shop to have their morning coffee. The village is in the middle of nowhere, the mobile phone shows no network. The shop owner by the name of Golovykha treats them to some buckwheat soup and her illegal self-distilled spirit (samogon). She is always suspicious of strangers because of the illegal mining of amber and beryllium in the area. The girls do not pass Golovykha’s “lie detector” and now they are faced with the risk of being fed to pigs.