Together towards the victory of Ukraine.

Find out about DOCU/HELP and support for the film community right now.

Join the video archive of Russia’s crimes against Ukraine.

Find out about other opportunities for support as well.

The Ukrainian Doc Preview is an annual showcase of current Ukrainian documentary projects at the stage of production / post-production. The projects are shown to the international festivals and representatives of sales agencies, broadcasters, streaming platforms, film markets, foundations and cultural institutions.

The programme will take place within the industry platform of the Docudays UA International Human Rights Documentary Film Festival and includes workshops and individual / group training consultations with foreign experts. 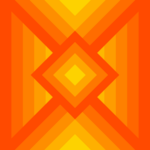 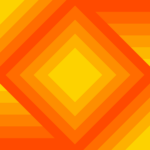 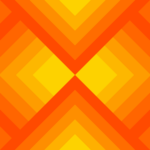 We are convinced that professional showcases are an effective format and tool of cultural diplomacy, and the success of previous Ukrainian Doc Preview projects proves it. We are glad that for the third year in a row Docudays UA is our reliable partner and continues to help us create opportunities for professional development for Ukrainian documentarians. We hope that the number 3 will bring us good luck, and the showcase will finally be live, as we have planned since the beginning of the collaboration,

Applications for participation in the Ukrainian Doc Preview 2022 showcase will be accepted until February 13, 2022. Authors of at least five full-length documentary projects will have the opportunity to present their films to international experts.

These films were presented to 36 European experts. In total, the event gathered about a hundred accredited participants.

Among the achievements of the participants:

The Current Time TV Post-production Award of $ 2,000 for the post-production of the film went to Expedition 49. The East Silver Caravan Award from the Institute of Documentary Film for supporting the distribution of the film at international film festivals for one year went to the team of the film “Fragments of Ice”. Sunny Side of the Doc Award, ie accreditation for one of the largest international film markets in Europe Sunny Side of the Doc (France), received the project “Florian’s Witnesses“.

Among the successes of the participants: the film The Elf’s Tower took part in Cannes Docs — Marche du Film Festival de Cannes with the support of the international festival IDFA. It also received two awards in the Beldocs in Progress section at the Beldocs Film Festival in Serbia.

The Iron Butterflies project received a cash prize from the international TV channel Current Time TV. The film was also presented at the international film market in France SunnySide of the Doc. The project team was part of the Ukrainian delegation at the IDFA 2021 international festival.

The film Plai. Path Through The Mountains was supported by the Polish platform Pitch the Doc. Diary of a bride of Christ was awarded at the Baltic Sea Forum, the East Silver Caravan Award and the DOK Leipzig Award. This project was also presented at the Marché du Film — Cannes Film Festival as part of the Cannes Docs 2020 Festival.