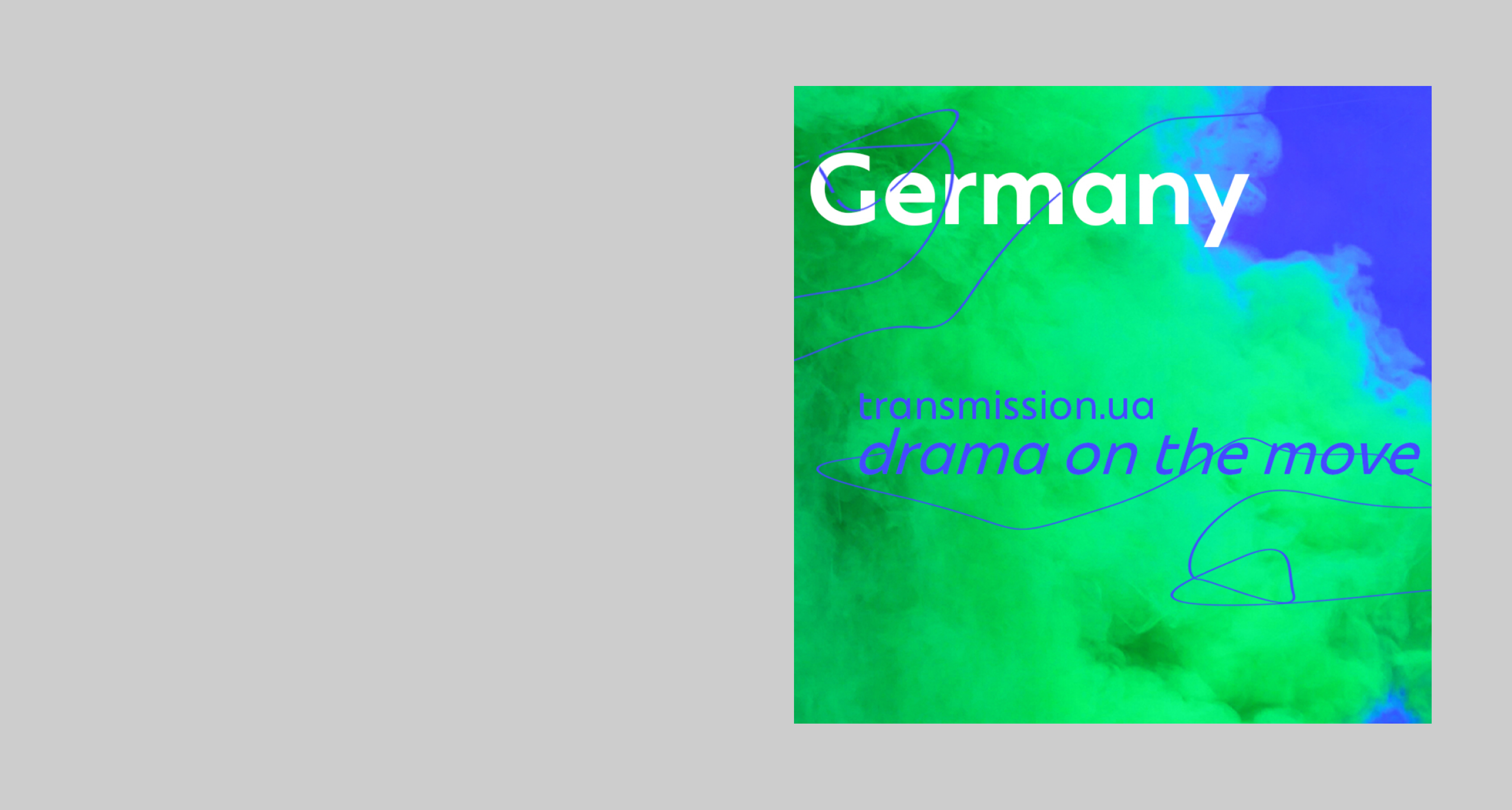 The German festival of Eastern European theatre Radar Ost will host performative readings of plays that won the Ukrainian Institute’s drama competition ‘Transmission.ua: drama on the move. Germanyʼ 2020. The readings will take place on October 9 in Berlin, Germany.

The curatorial group of the festival selected five theatrical texts by Ukrainian authors, translated into German:

The purpose of the programme ʼTransmission.ua: drama on the move. Germanyʼ is to expand the knowledge about Ukraine in Germany through theatrical texts and counteract the cultural isolation of Ukraine. The subprogramme is implemented within the programme of the Ukrainian Institute ʼTransmission.ua: drama on the moveʼ with the support of the Goethe-Institut Ukraine.

More about the programme.

As part of the festival, the play “Bad Roads” of the The Kyiv State Drama and Comedy Theatre on left bank of Dnipro river based on a film by Nataliia Vorozhbyt will be shown on October 9-10.