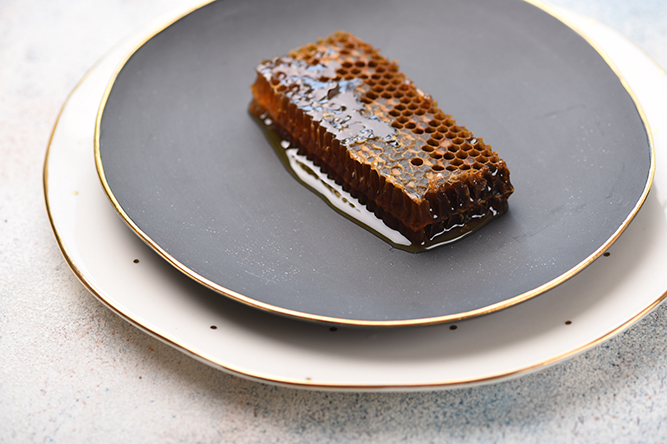 Food helps people from different cultures find common ground. Ukrainian cuisine has already won fans around the world. We want to present cuisines of different regions of the country, and show its cultural diversity via food.
The gastronomic culture of Ukraine is a phenomenon with history. It combines traditions, natural products, and regional peculiarities. At the same time, its culinary practices are dynamic. They vary in terms of the region, season, family traditions, or the development of restaurant culture. Ukraine has a lot to offer to the world. Ukraine shares culinary traditions with its neighbors, the Central and Eastern European countries. Yet, there is also something that forms a unique image of Ukrainian cuisine.

The Ukrainian Institute in cooperation with the їzhakultura project presents the modern, diverse, and open to the world Ukrainian cuisine in the illustrated book “UKRAINE. Food & History”.

The publication aims to present Ukrainian cuisine as a part of the intangible cultural heritage of Ukraine.
Ukraine’s culinary diplomacy
The book “UKRAINE. Food & History” tells about the past and present of Ukrainian cuisine. It includes recipes of dishes that everyone can cook and local products, which together present Ukraine’s cultural diversity and rich heritage. Learn from the book about the culinary traditions of Ukraine which are still alive nowadays, as well cooking techniques, and ways of product preservation. The authors pay special attention to the way Ukrainian cuisine is presented whether during a diplomatic reception or a family dinner. Since table setting, and decoration also create atmosphere of the event and guests’ experience.

“The publication will be a great gift for foreigners, diplomats, and Ukrainians abroad. We hope that the book will be a good choice for everyone who wants to discover the gastronomic culture of Ukraine.”

If you share the book, please, be kind to mention the Ukrainian Institute and Їzhakultura.

Chefs from different regions of Ukraine have prepared a set of various recipes representing a vibrant Ukrainian cuisine. The recipes not only reflect the Ukrainian gastronomic culture, but also are specially designed by chefs to present their taste, appearance, and structure according to the best modern culinary techniques, with an emphasis on quality and natural products.

The leading scholars and chefs took part in creation of the book.

Olena Braichenko
author, inspirer, and curator of the project

Candidate of Historical Sciences, food researcher, and founder of the research and educational project їzhakultura, publishing house їzhak. Author of the book “Ukrainian feast” (Vivat, 2016) and host of the programme “On my plate” on Radio Culture.

Creative Director of the Ukrainian Institute

Chef of the restaurant “River Side” (Chernihiv). Honorary member of the Association of Chefs of Ukraine, graduated from the National University “Chernihiv Collegium named after Shevchenko” with the master degree in food technology and catering.

Doctor of Historical Sciences, Associate Professor at the Ivan Franko National University of Lviv, researcher of the history of food, author of the popular science publication “Lviv Cuisine”, co-founder of the non-governmental organisation “Galician Cuisine Club”, author of the book “Lviv Cuisine” (2015).

Brand chef of “Khata” restaurant in Chernivtsi. In 2017, he was a member of the team that represented Ukrainian cuisine in Brussels at Cercle Royal Gaulois. Culinary. He is a culinary expert on TV programme “Everything will be fine” and “Everything will be delicious”, Honorary Member of the Association of Chefs of Ukraine, in 2017 Vitaliy Guralevych was awarded a medal of the Association for significant contribution to the development of cuisine in Ukraine.

Brand chef of the restaurant-brewery “Kumpel” and the largest restaurant of Galician cuisine “Hungry Mykola” since 2013, graduated with honors from the Lviv College of Catering.

From 2014 to 2020 chef of the restaurant “Canapa” (Kyiv), participated in the weeks of Ukrainian cuisine in London, and in 2018 represented Ukrainian gastronomy in Singapore at World Gourmet Summit 22. He graduated from the Higher Commercial School of Kyiv National University of Trade and Economics.

Candidate of Historical Sciences, Associate Professor of the Institute of International Relations of Taras Shevchenko National University, worked in the Department of State Protocol and Ceremonial, Ambassador Extraordinary and Plenipotentiary of the second class. Co-author of the Handbook of Workshops on Official, Diplomatic, Business Protocol and Etiquette (2003).

Owner and chef of the gastronomic cafe «Plate» (Kyiv)

Brand chef and co-owner of the restaurants “23” in Ivano-Frankivsk, she represented Ukraine at the Fontegro Congress in 2017 with the topic of wild edible herbs of the Carpathians, participant of the culinary show “Hell’s Kitchen Season 2”. She graduated from Donetsk National University of Economics and Trade with a degree in restaurant business.

Project partner
The publication is prepared in partnership with Їzhakultura is a research and educational project about food, history, society, and culture. Їzhakultura studies the culinary traditions and contributes to the preservation of the gastronomic heritage of Ukraine.
Go to Top